First responders seem to expertly handle the same types of issues, no matter where they are in the world. Of course, there are your normal fires, car accidents and emergency issues that arise. But it’s the rare occurrences no one would expect that stand out. It’s these unforeseen circumstances and how they are handled that prove their skills are legendary. And it’s commonly the local animal life that is in need of these services the most. Such as a recent incident with a young kitten and a water jug. 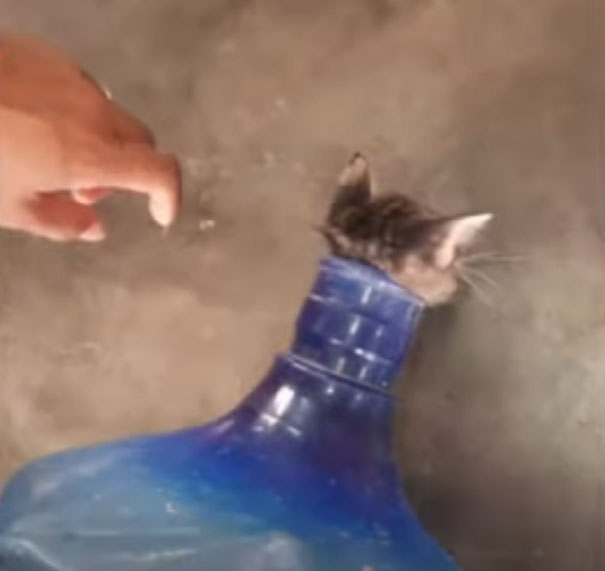 It just so happened the kitten was discovered with it’s HEAD sticking out of the water jug!

It was in Tegal Alur, Cengkareng, West Jakarta…or Indonesia for those of us not familiar with the area.

Locals found the young tabby cat in the precarious position and rushed the jug to the local firehouse. This was not any type of emergency that had occurred in the past though. Consequently, they weren’t sure exactly how to remove the poor animal from the small hole. 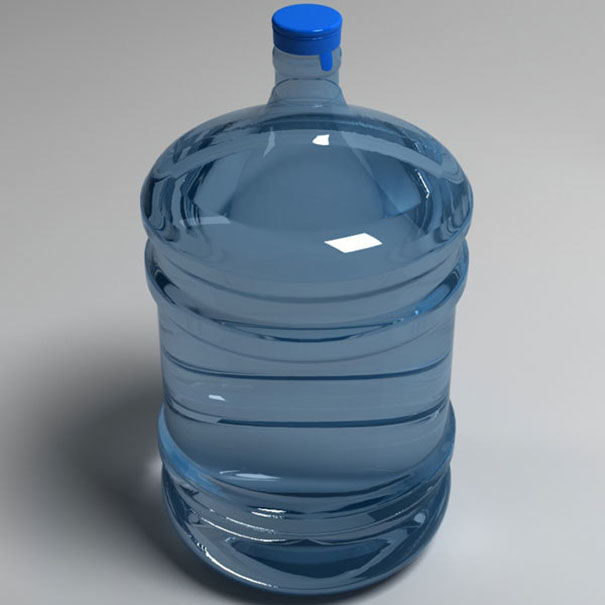 “They felt sorry for the cat, so they took it to a fire station in Cengkareng,” he said on Friday, as quoted by kompas.com.

But they knew they needed to do it fast, and safely! Meanwhile, the young babe mewed with fear and unknown injuries. 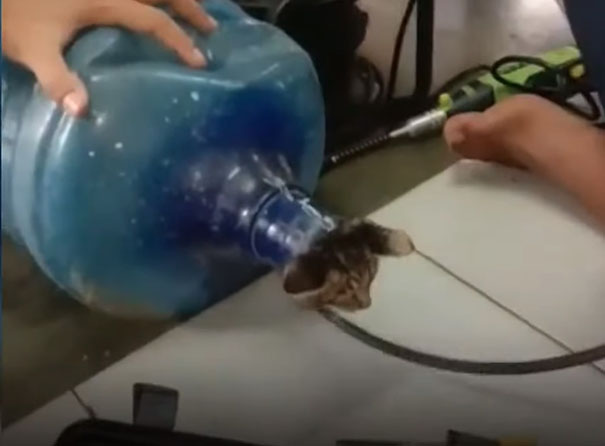 First, they removed the bottom of the water jug to investigate from the inside.

Thankfully, there were no visible injuries to the kitten. Just the cutest little backside showing the tight wedge that had been formed. But sadly, there was no way that they could even “grease” up the kitten to slide it back out. 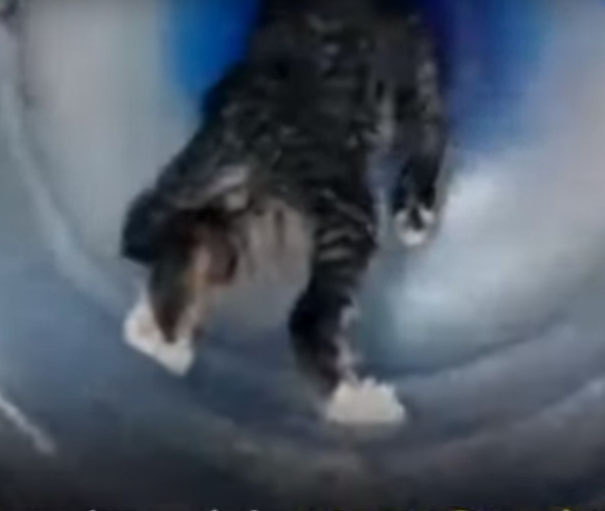 Most importantly, no one could be sure just how long the animal had been trapped.

Eko said it let forth “a pained meow” as it struggled to escape. 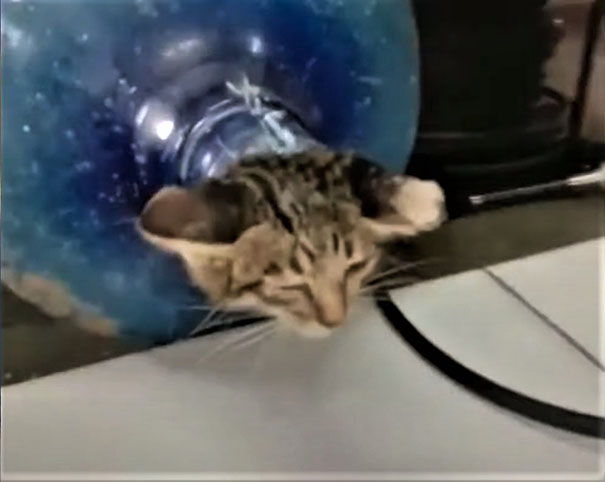 Moving stealthy, they were able to slip a metal spoon down the opening, alongside of kittens neck.

This would be the only thing protecting the young kitten from the blade of the saw they planned on using to cut it free. 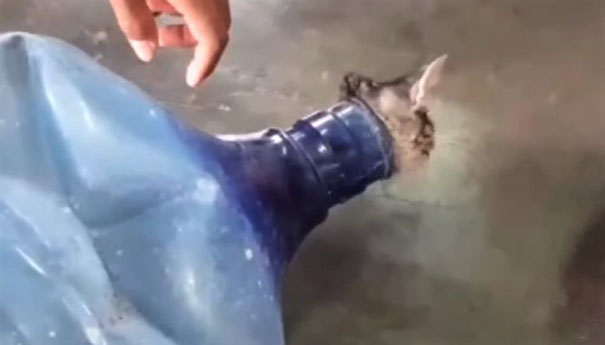 It was slow moving at first, but they refused to give up on the delicate soul. 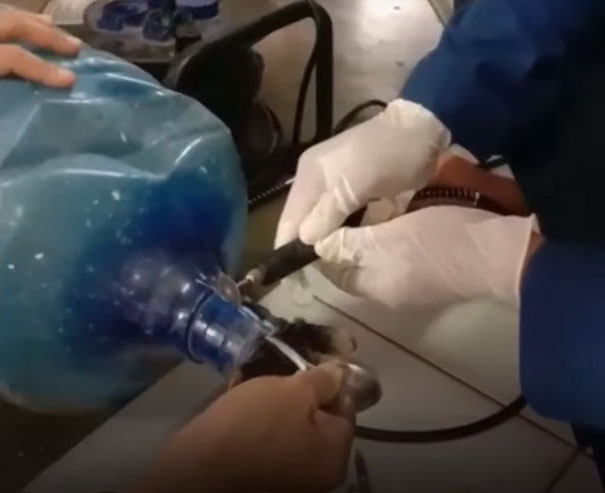 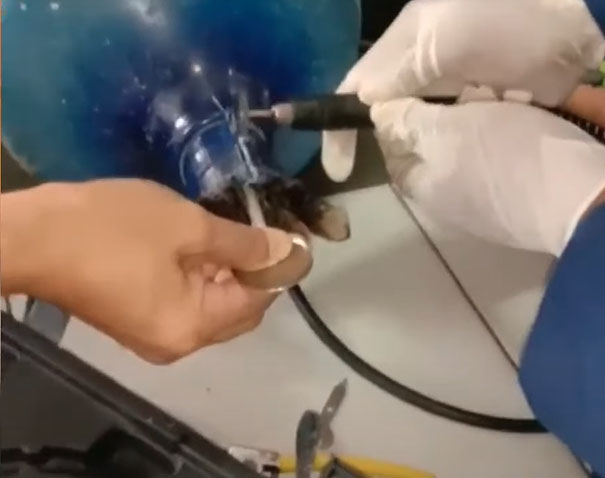 And consequently, after about 30 minutes the kitten emerged from the blue would-be tomb. Receiving a thorough once-over, the extremely lucky kitten was then showered with snuggles. Happily, the team posed for a photo with their latest rescued soul.

The kitten was given to it’s initial rescuers who were thrilled to take it home. Going forward ideally, water jugs are filled with water ONLY!