Our cats are more loving, caring, and far, far bigger softies on the inside than you’d think. Rob Moore, the owner of the popular feline duo Shorty and Kodi, proved that to us in his viral YouTube video.

Cat dad and fitness trainer Rob set up a couple of cameras at home and filmed how Kodi acted when he left. And. It. Is. Heartbreaking. To. Watch. Kodi misses Rob so much that he just tugs on your heartstrings. And the sounds he makes! Words won’t do it justice—you have to listen to the deep longing, the poetic (meowetic?) sadness for yourselves, dear Pandas.

According to Rob, Kodi’s behavior has never changed after all this time. “I still occasionally leave the camera out to film him when I leave, and nearly every time he grabs one of his toys and starts wandering through the condo meowing at the top of his lungs. I’m surprised my neighbors haven’t complained! When I come home, he usually yells at me like I abandoned him for days so I give him lots of pets and attention while he tells me all the terrible things he’s endured (he’s quite the storyteller),” Rob told us.

Shorty (the gorgeous black cat), Kodi (the handsome black and white fellow), and their owner Rob are inseparable 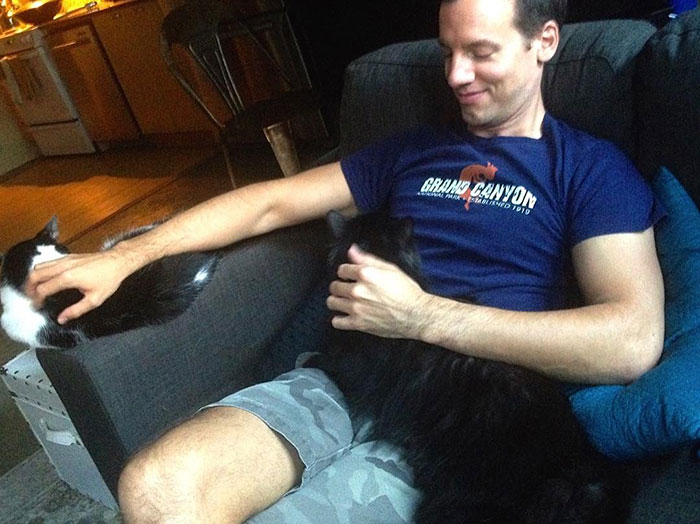 Kodi, in particular, misses his owner very much whenever he leaves 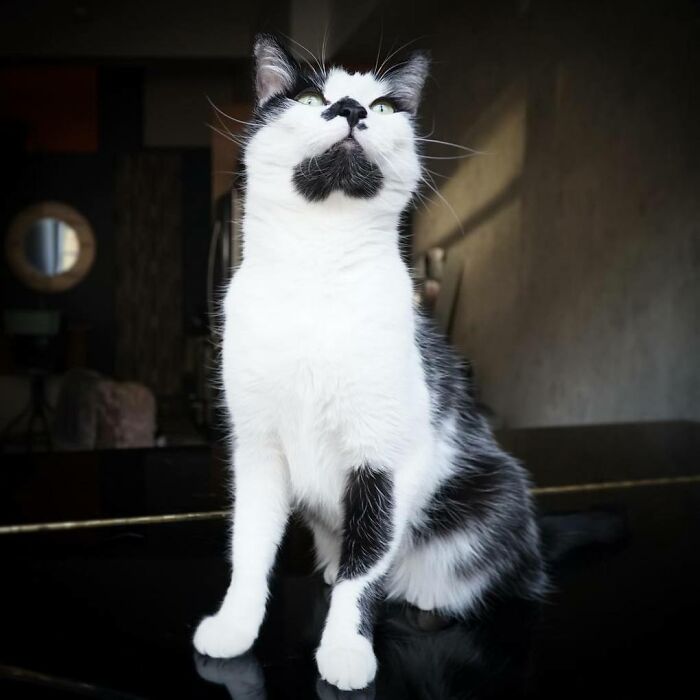 It’s heartbreaking to watch and listen to 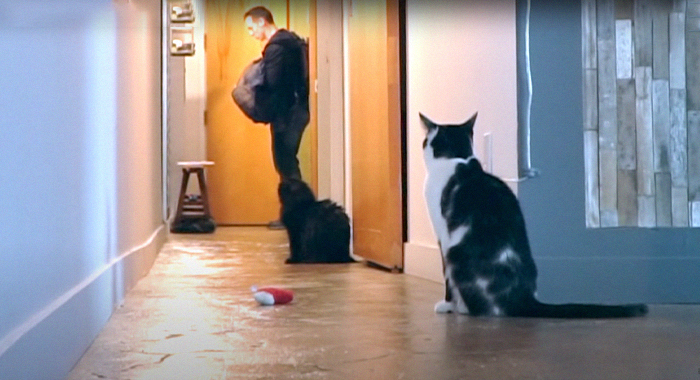 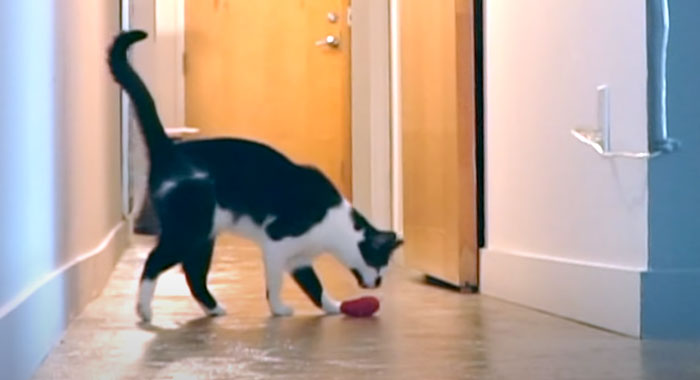 You can (and should!) watch the full video showing what Kodi does when his owner leaves right here

On the other hand, Shorty “couldn’t care less” when Rob leaves and “just stares at Kodi like he’s an idiot.” The owner opened up about how his cats have “absolutely loved the pandemic” because it’s given them more time to spend with Rob and his partner, Bryan. “They are the kind of cats that if you leave the room, they will follow just to see what you’re up to and because they don’t want to be alone. We live in a very small condo in downtown Toronto, but our world would be much smaller if it weren’t for these beautiful little furry souls.”

Because Rob adopted both of his cats from a shelter, he also supports people’s decision to rescue pets. In his opinion, adopting a cat from a shelter is “life-changing, especially right now in a time of isolation and uncertainty.”

He said: “One of the defining things about being human is our innate desire to be of service to our community. When we feel we are contributing, we feel validated by what we are doing, and it simply makes us feel better. Having a cat or other animal companion gives you a reason to get up and to be purposeful and resourceful because someone is depending on you. And rescuing one from a shelter is even better because they need you as much as you need them.”

With over 1.1 million views, Rob’s video showed the world that we might not even be aware of how much our cats miss us when we go off to work or at school.

Luckily for our snuggle bugs (who sometimes like to pretend they’re aloof and above getting lots of warm hugs), more of their owners are spending time with them during the lockdowns.

The video also added an extra layer of depth to felines for some people. Sure, we all know that cats are thinking, feeling creatures, but this is something extra and very, very human. It reminds us of a small kid missing their parents. Or, well, a pet missing the center of its universe.

Rob lives together with Kodi, Shorty, and his partner, Bryan 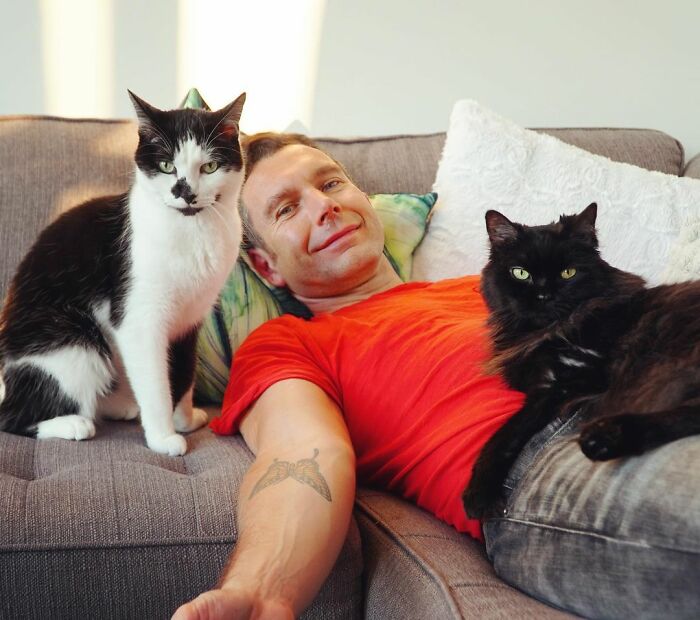 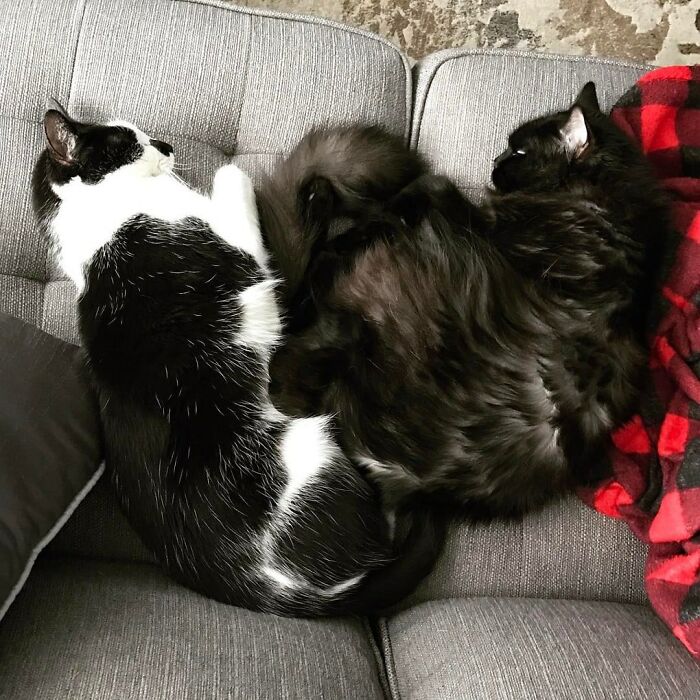 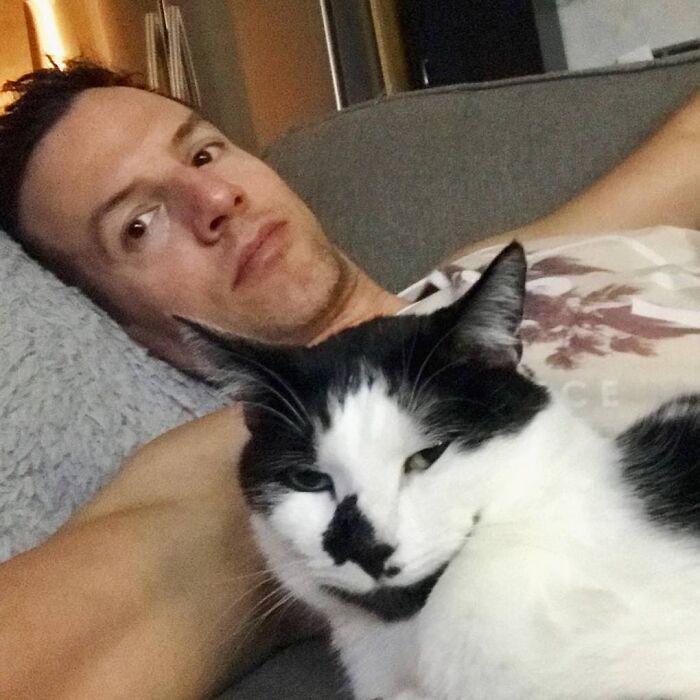 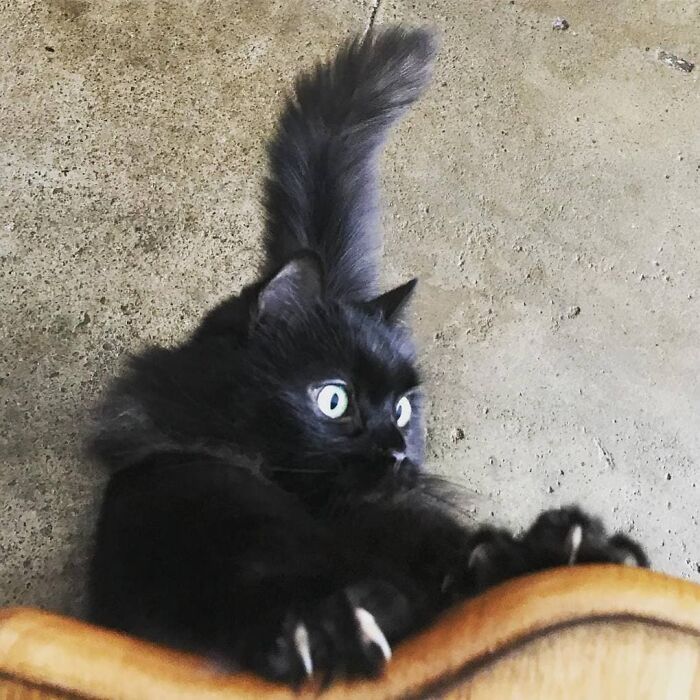 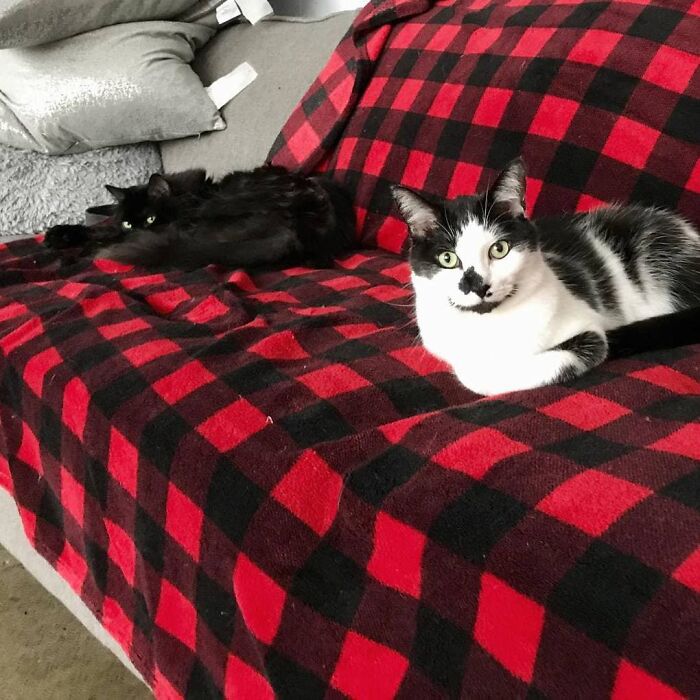 “I’ve had so many comments that people’s cats start looking for him when they hear him in videos even when they don’t react to other video sounds,” Rob wrote about Kodi’s meowing in the video description. “Does anyone you know still not believe that cats can miss their humans, especially after seeing this?”

Rob adopted both Shorty and Kodi from local shelters and wants to show people that “life is pawesome.” Kodi was born on January 17, 2012, while Shorty is slightly older and was born on September 24, 2010.