One day a little black stray kitten appeared outside of a police station in Eden Township, California.

Then he just walked straight into the office and refused to leave. 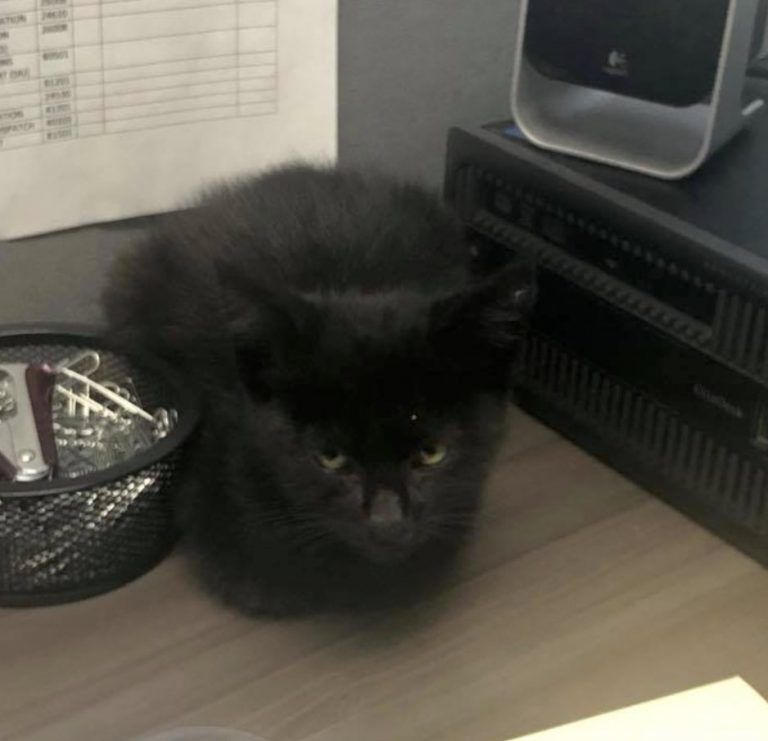 I guess it was time for a nap because he tried out a few different places in the office before settling down on the paper tray of the printer. 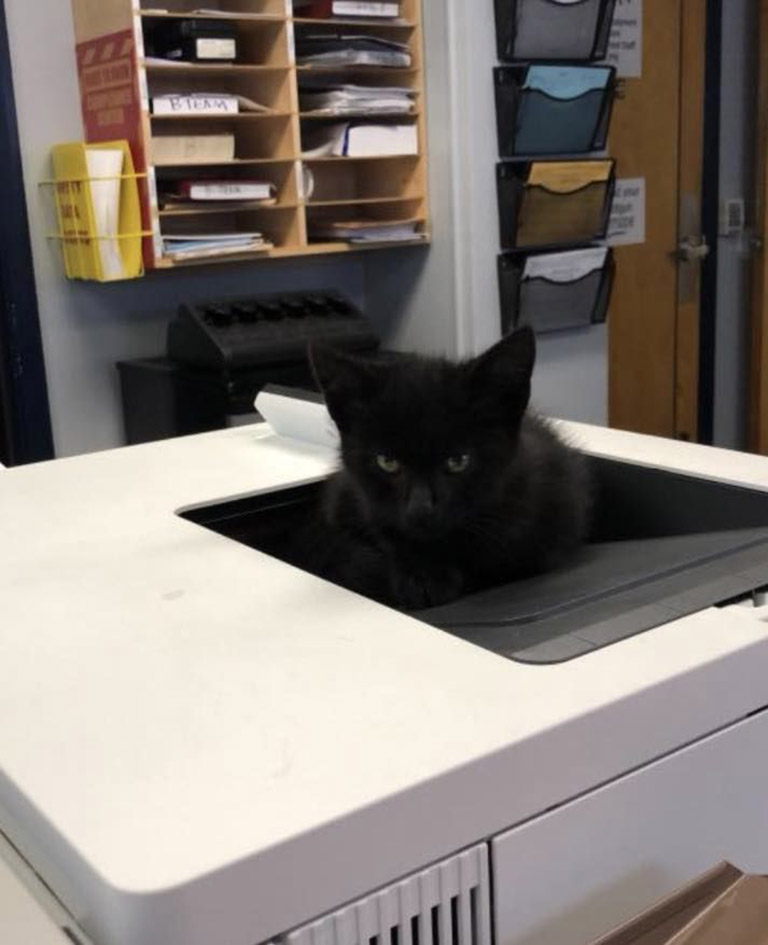 “We think he was trying to walk on as a K9 unit and refused to leave until he got into the building for an interview,” explained the sheriff’s office on their Facebook page. “Once in the sergeant’s office, he took over the printer and had a little nap.” 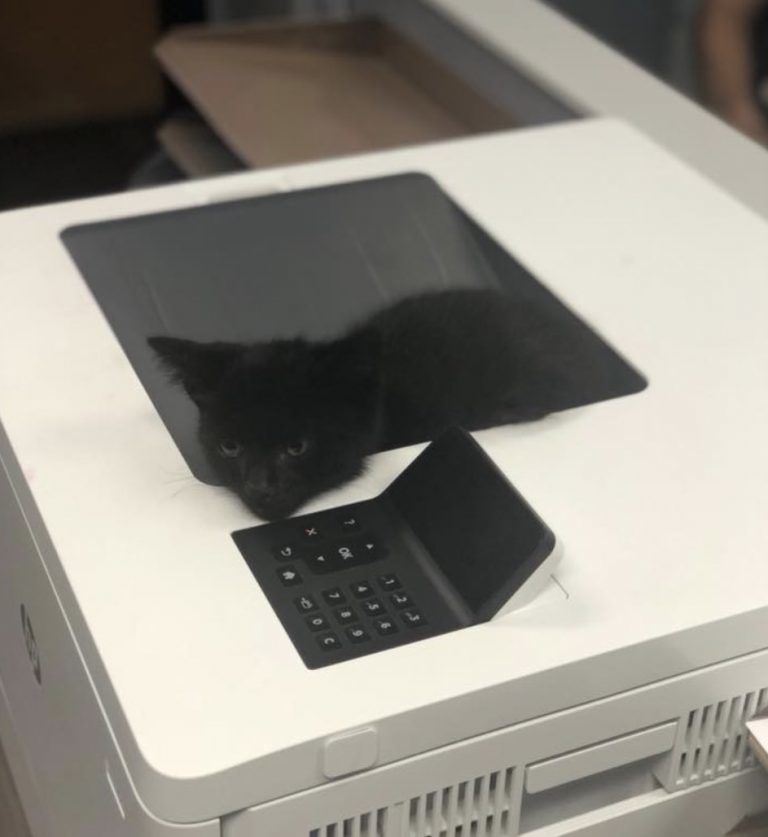 “He’s got a big attitude but is super cute,” they added. 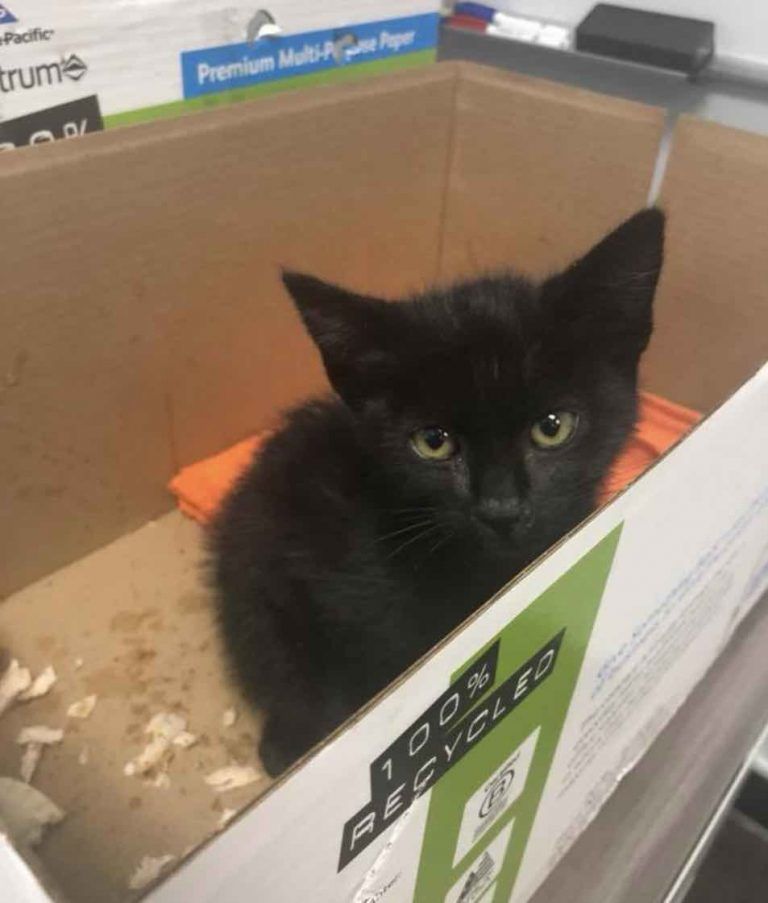 Luckily for him he’s bold actions ended with him being adopted by Officer Scalize. 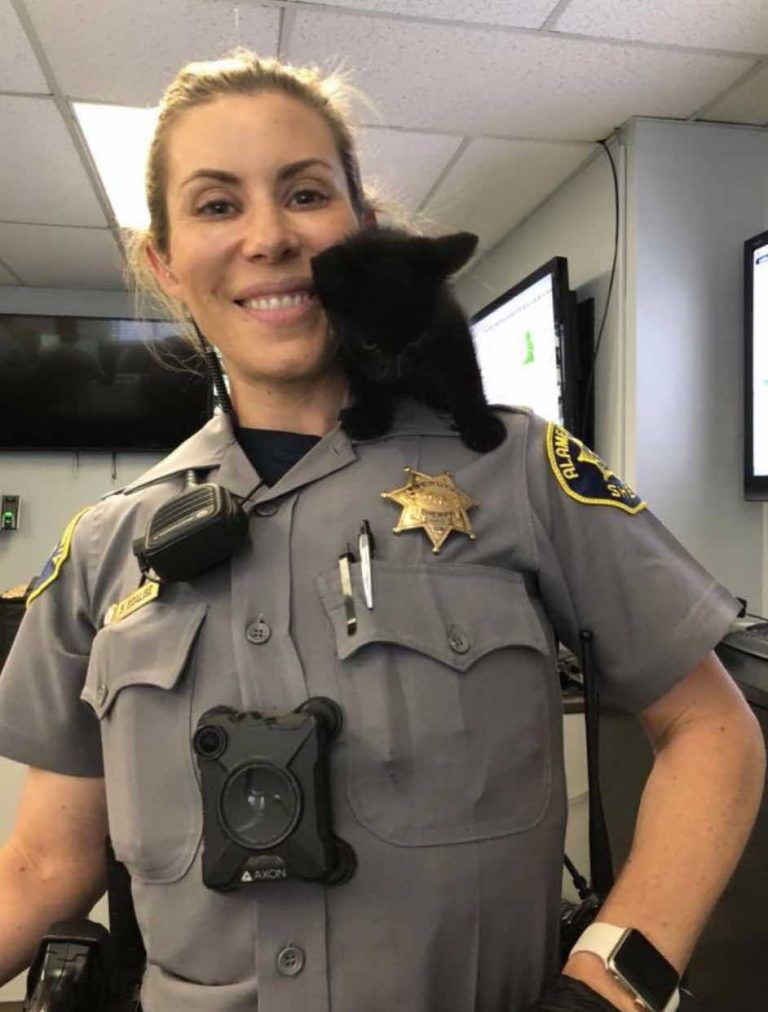 It was obvious this little kitten was looking for a place to sleep, but instead he found his forever home.