This is the story of a daddy cat named Yello in Vietnam who takes his role as a parent seriously.

These touching photographs of Yello supporting mama cat Tam during and after giving birth, were posted on Facebook by Thuy Duong Panda from Vietnam. 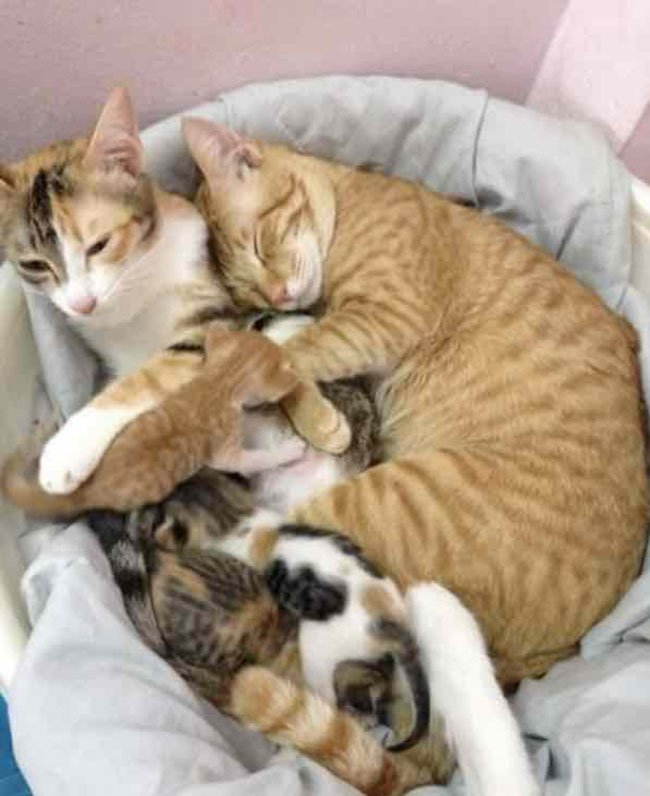 At first, this new dad Yello, looks stressed. But soon, he was caring and attentive. The new mom just went through a lot, bringing 4 healthy babies to this world.

So the cat dad was there to support her. Now Yello looks so comfortable in his new role, snuggling the kitties and cozying up with the mom. 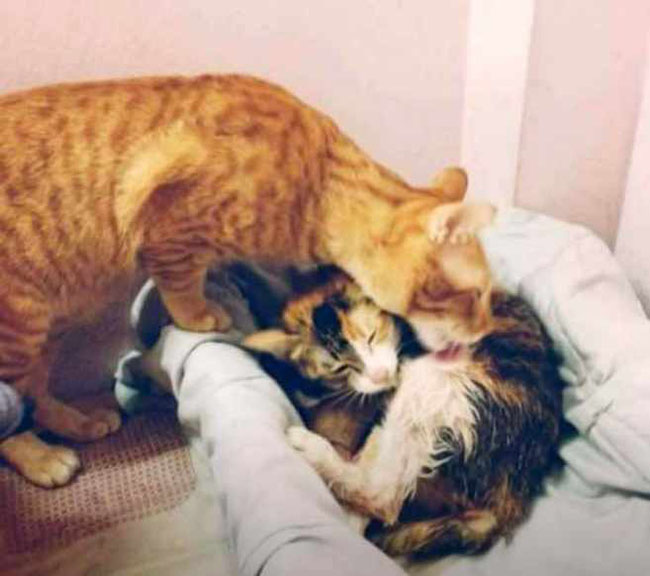 It could certainly make anyone jealous to see such love and devotion shown by the daddy cat. Yello and Tam are the proud parents of four healthy newborn kittens.

This is their first litter and so far they’re doing well raising their new family. Yello even stayed next to Tam during the birthing process, refusing to leave her side. 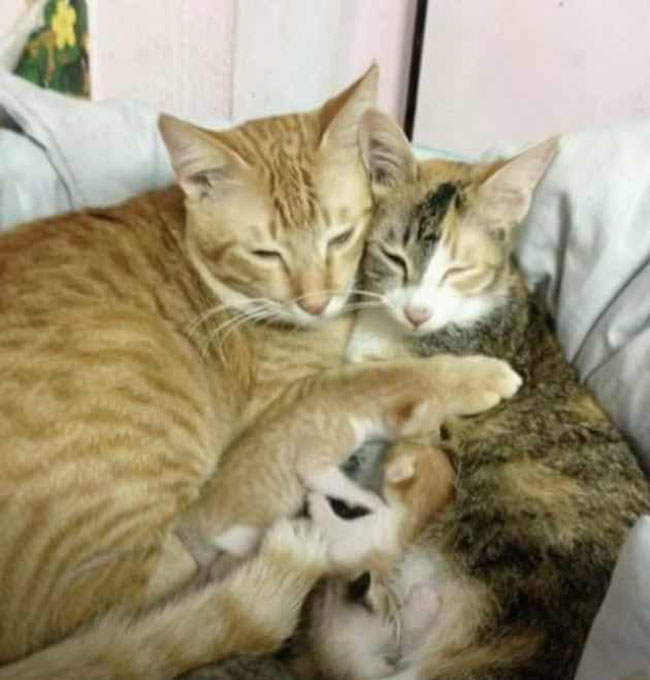 What wonderful dedication this father cat has towards his family. It shows us what a close bond he has with the mama cat, which is quite unusual amongst domestic felines.