Meet Louis! He’s a Savannah cat that loves his human, Darren, very much. Louis hates being left home alone so he often heads off into the great outdoors.

Darren had no idea whatsoever that while he as at work, Louis was out and about in the neighborhood taking part in cat adventures in the real world. 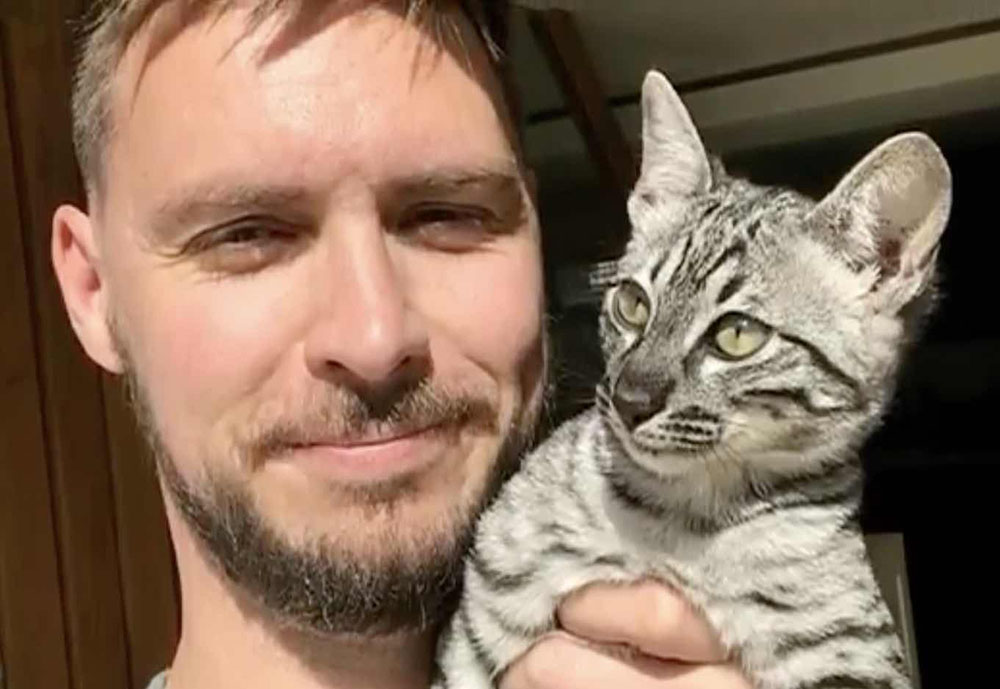 One morning when Darren awoke he discovered that Louis was nowhere to be seen but thought he’s out for a wander and will be back soon.

So Darren and his partner went off to work and whilst driving down a particular where he knew Louis liked to hang out, he spotted him. 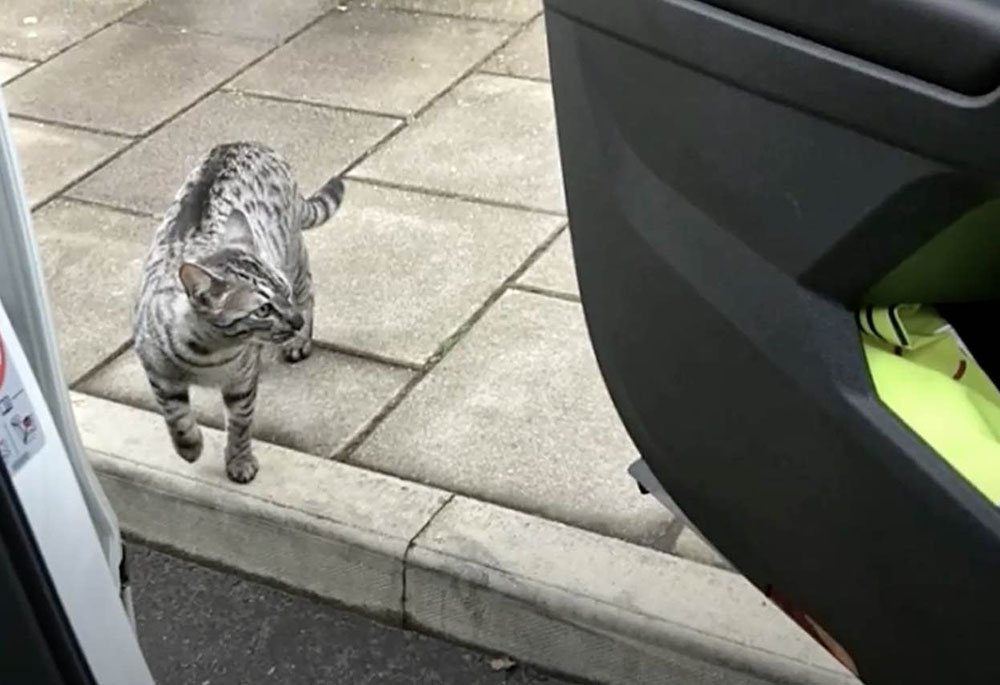 He knew that taking him home would make him late for work, but he opened the car door anyway and his cat’s reaction was absolutely hilarious!

His expression was one of complete surprise followed by, which can only be described as, an elated grin – he was so happy to see his beloved human. 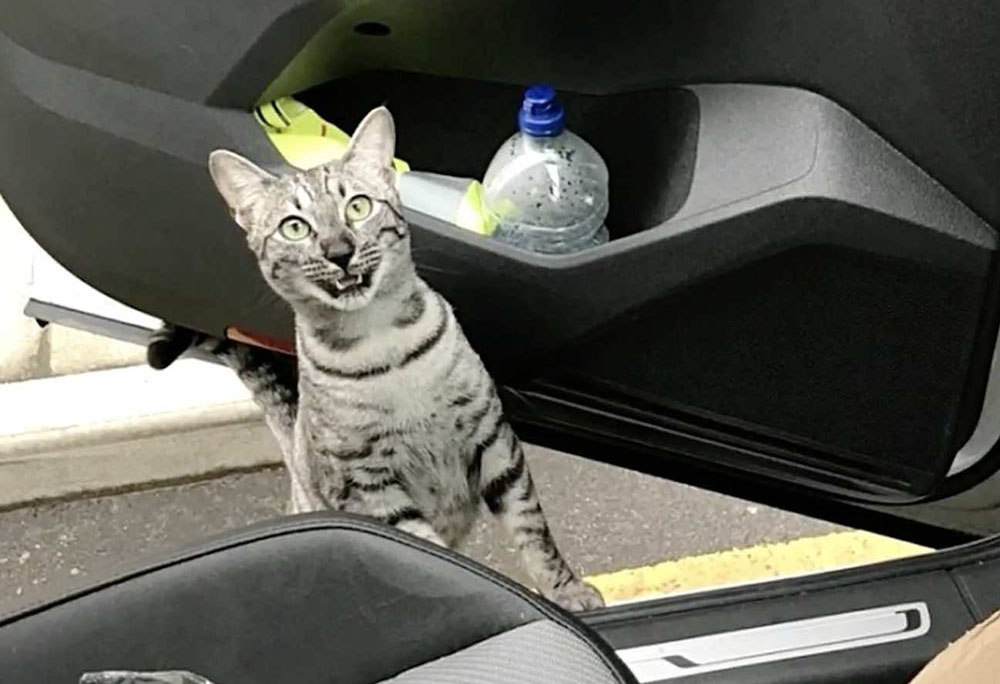 Then he jumped straight into the car so Darren had no choice but to take him home. He gave Louis some breakfast and headed off to work.

Later that day he decided to post the pictures he had taken of the encounter on Twitter because he thought Louis’ expression was hilarious. 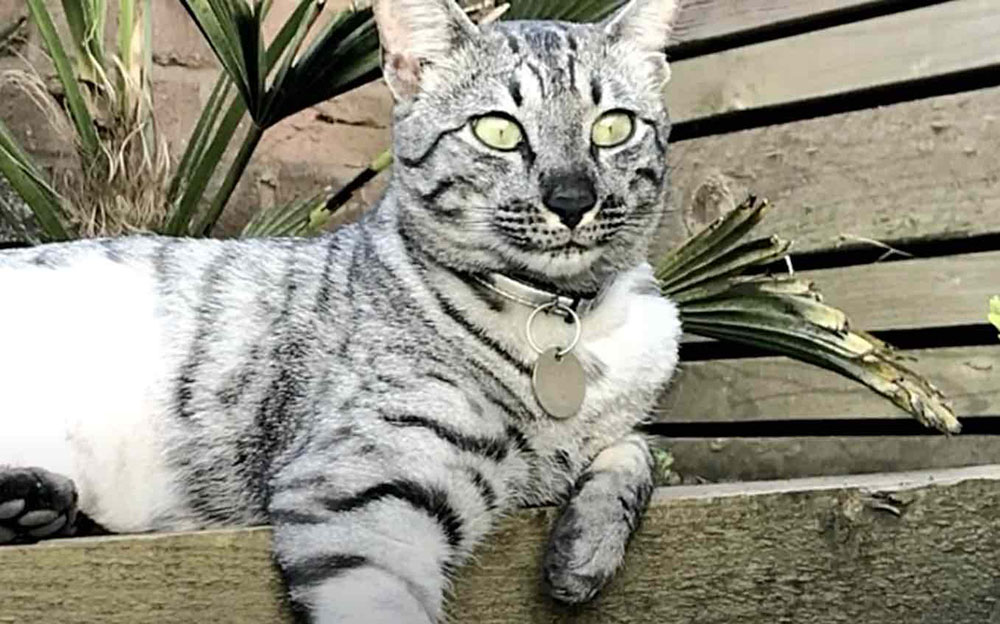 The next morning Darren was completely shocked when he saw it had already had over 50k retweets.

Watch the video to find out more: