A foster volunteer’s dog, who plays a vital role when new family members join, is a very valued helper in her home. The loving dog always takes the kittens under her wing when the mother brings them home, and this time was no exception.

Asa, a foster volunteer with The Crazy Cat Family, a TLC (Time, Love, and Care) specialist cat rescue organization based in New York City, welcomed four kittens into her home.

The four small ones had been discovered in the backyard of a Queens home and required immediate medical attention. 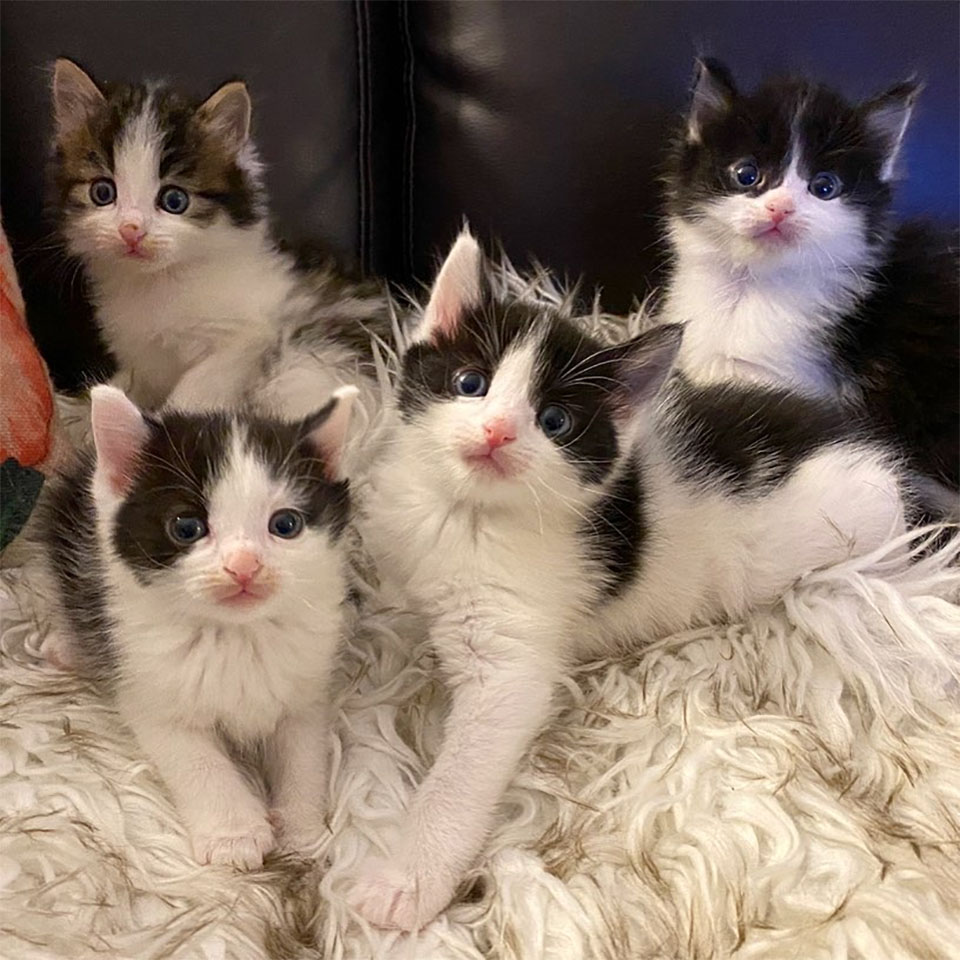 The kids were believed to be 3 to 4 weeks old at the time of their arrival, and all they needed was plenty of love. Peanut, Cashew, Pistachio, and Hazelnut were all in good condition, but they still didn’t express their actual personalities, despite their efforts to be extremely affectionate. 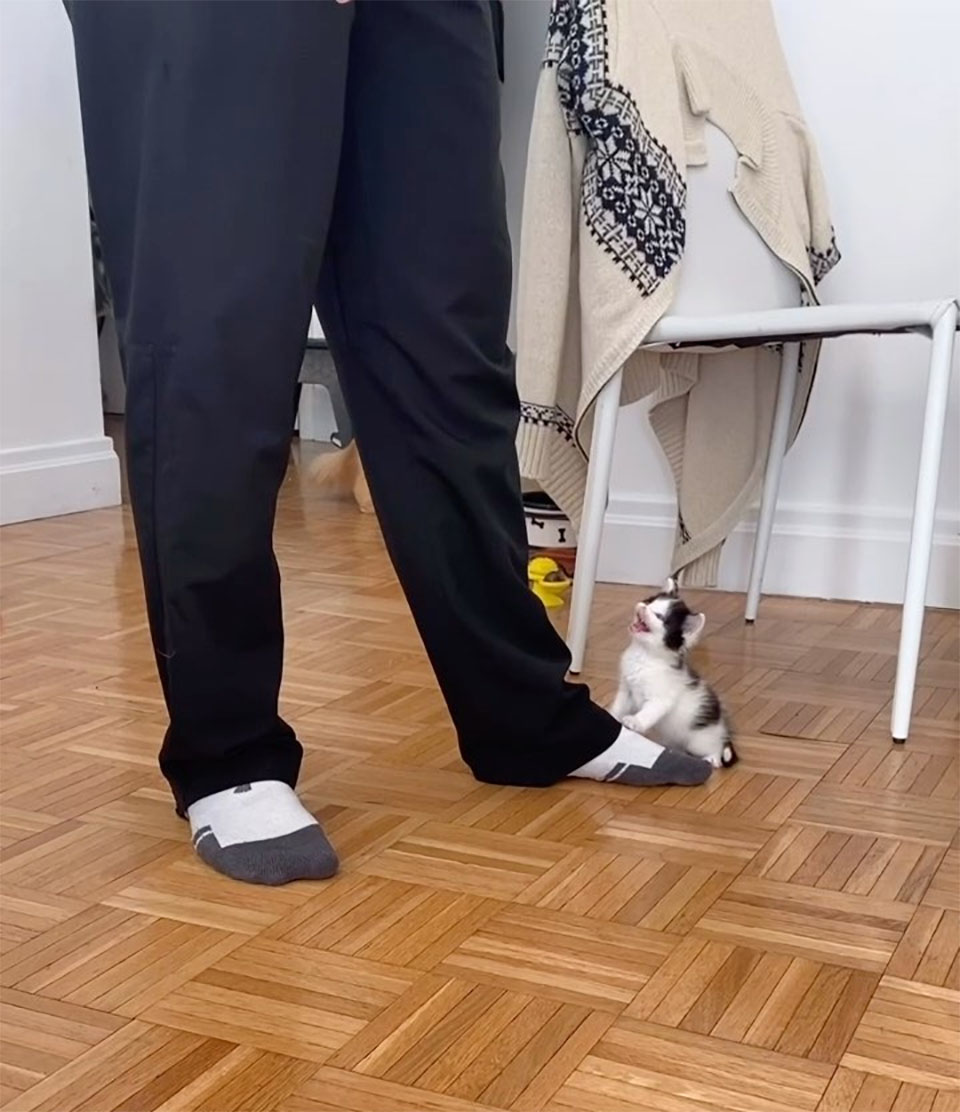 Peanut, the pack’s dwarf, was known for being quite demanding, and despite his small, he had the most outgoing demeanor from the start. The arrival of the kittens piqued the interest of Asa’s resident dog, Kona, who was excited and eager to assist the kittens.

Kona has been described as an excellent assistance for her human mother, as well as having a compassionate heart for the stray animals who visit. 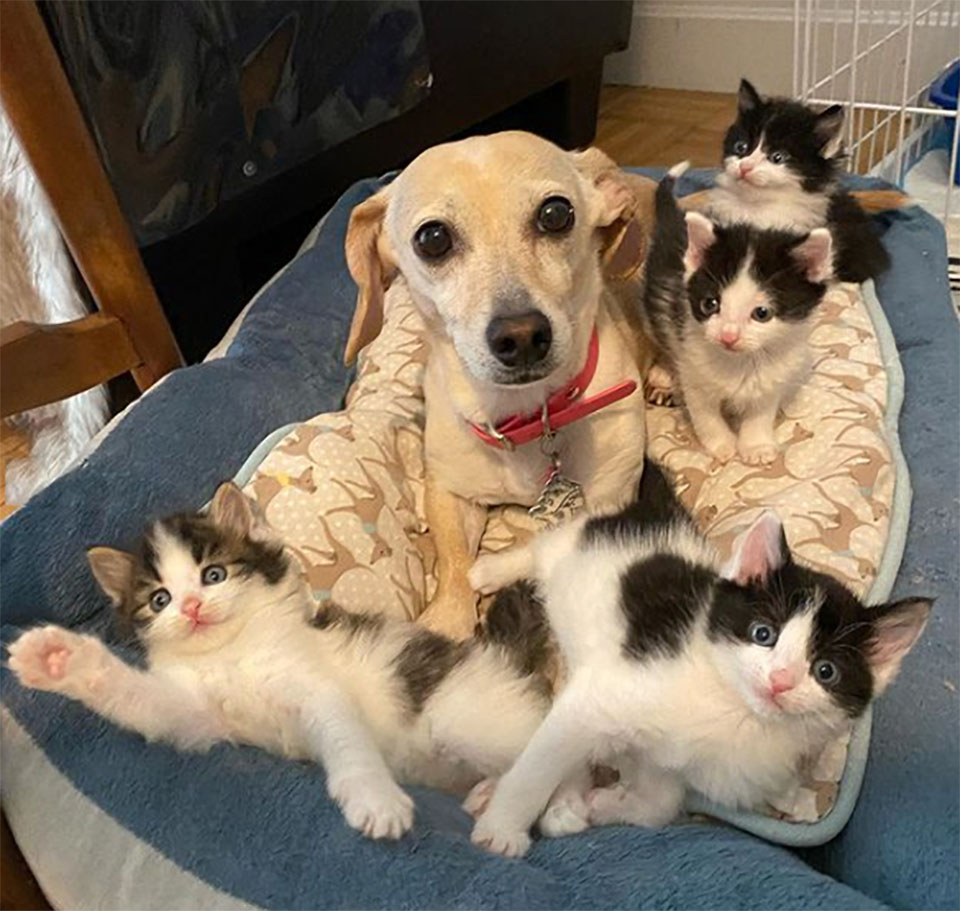 When her mother brings new kittens home, she ensures that they are properly cared for by embracing and licking them. So when she first heard the four young ones, her mother instincts kicked in and she felt compelled to protect them.

Kona quickly approached one of the small children and smothered him with kisses on the cheeks, before repeating the process with the rest. 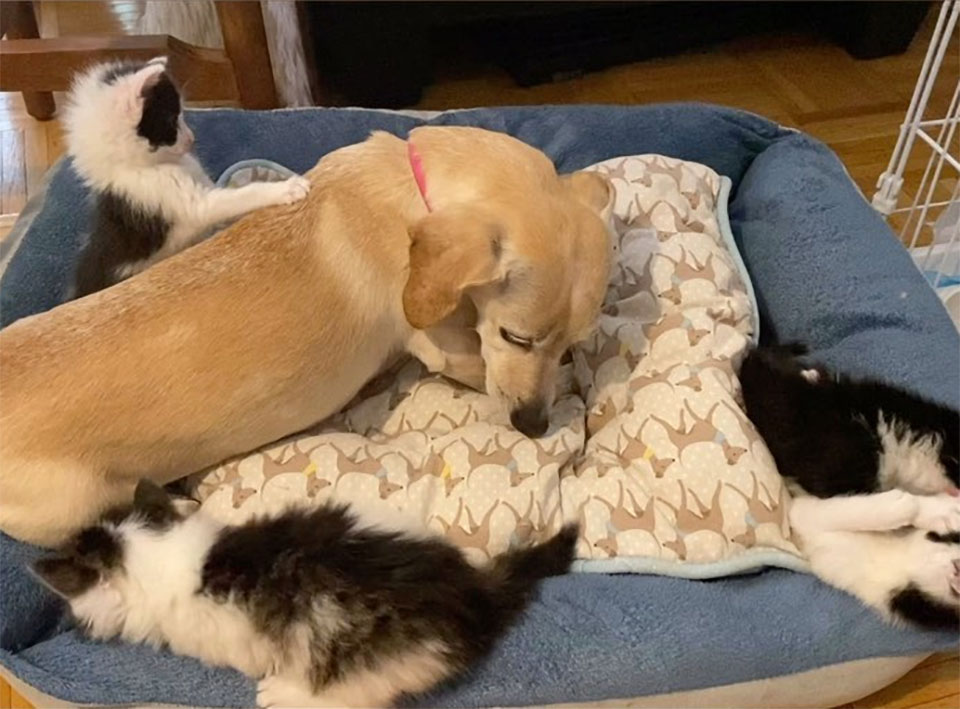 The kittens grew attached to their new foster mother and opted to relocate closer to Kona in order to receive more care from a genuine mother. No one could resist Kona’s devotion, even the tiniest of the group, Peanut, who touched her tummy and sought to suckle. 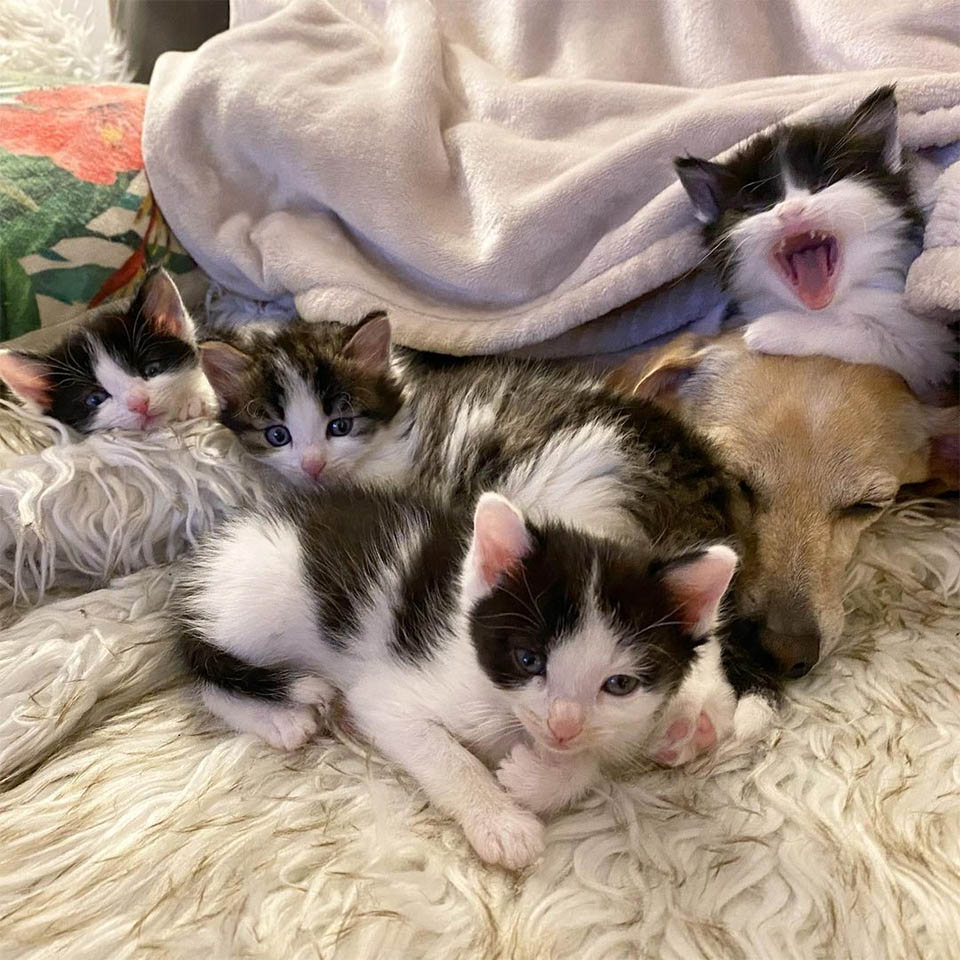 When her mother brings new kittens home, she embraces and licks them to ensure that they are properly cared for. Her maternal instincts kicked in when she first heard the four small ones, and she felt obligated to protect them.

Kona rushed over to one of the young children and showered him with kisses on the cheeks, then repeated the process with the others.