Losing a pet can be terribly heartbreaking. It’s definitely the kind of problem animal lovers wouldn’t want to experience.

Take it from this guy named Robert who lost his beloved cat Chebon many years ago as he was making plans of moving to Ohio from California. When his pet suddenly went missing, he immediately began searching and decided to stay in California for one more year, hoping he would still find his furry friend. Much to his dismay, the animal remained nowhere to be found.

You can just imagine Robert’s surprise when 7 years later, he received a phone call about his cat. 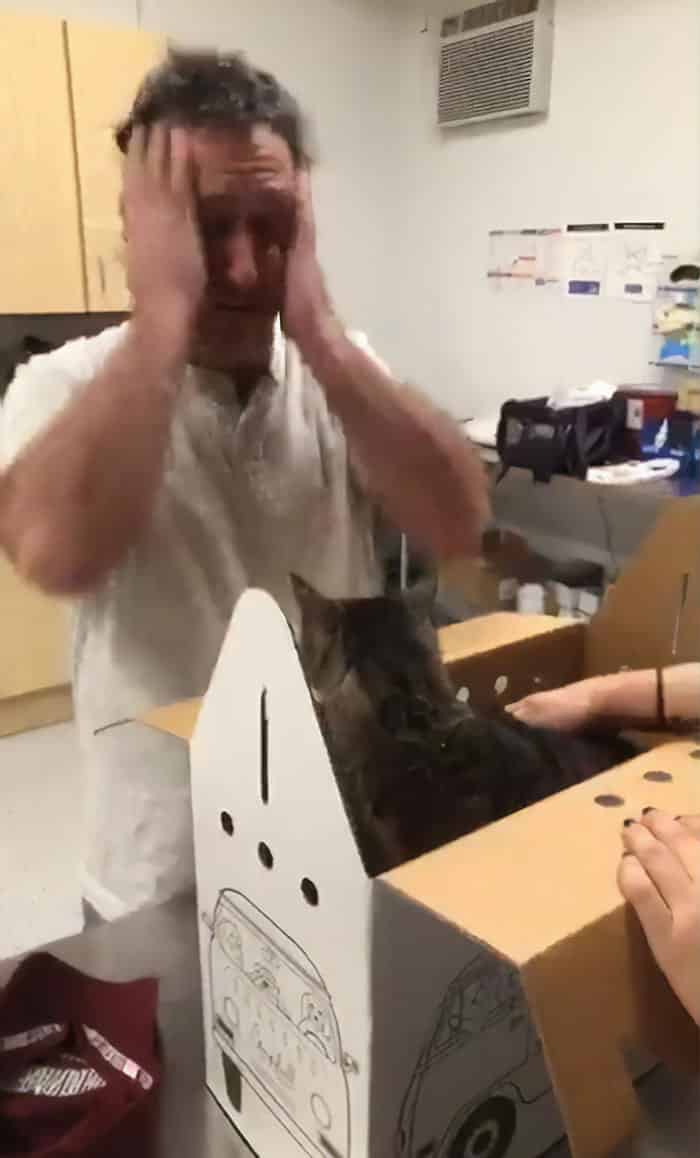 Fast forward to the present, Robert is already living in Ohio and has probably accepted in his mind that Chebon’s gone forever – until he received an unexpected phone call one day.

Apparently, a woman named Gena found an ill-looking feline and so she took it to the veterinarian for treatment. Eventually, they realized the cat, who is now 19 years old, had a microchip. They were able to learn Robert was the owner and they immediately contacted him. 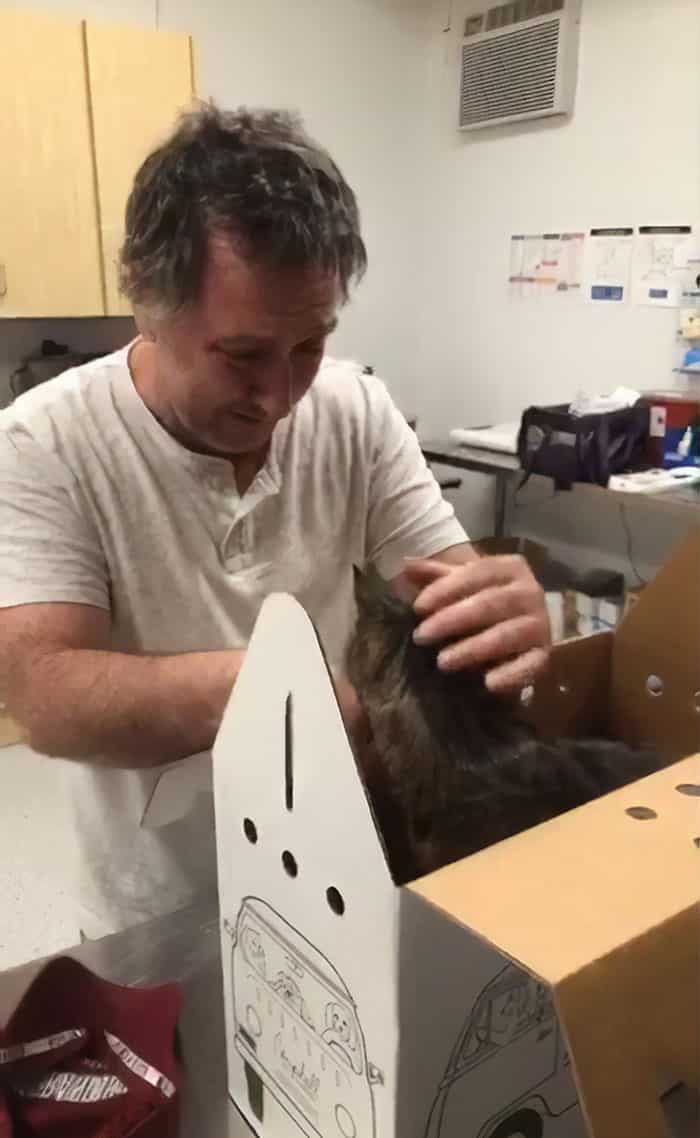 “I was afraid there was some kind of mistake,” Robert admitted. Still, he didn’t waste time and took a flight to Los Angeles so he can see his pal again. 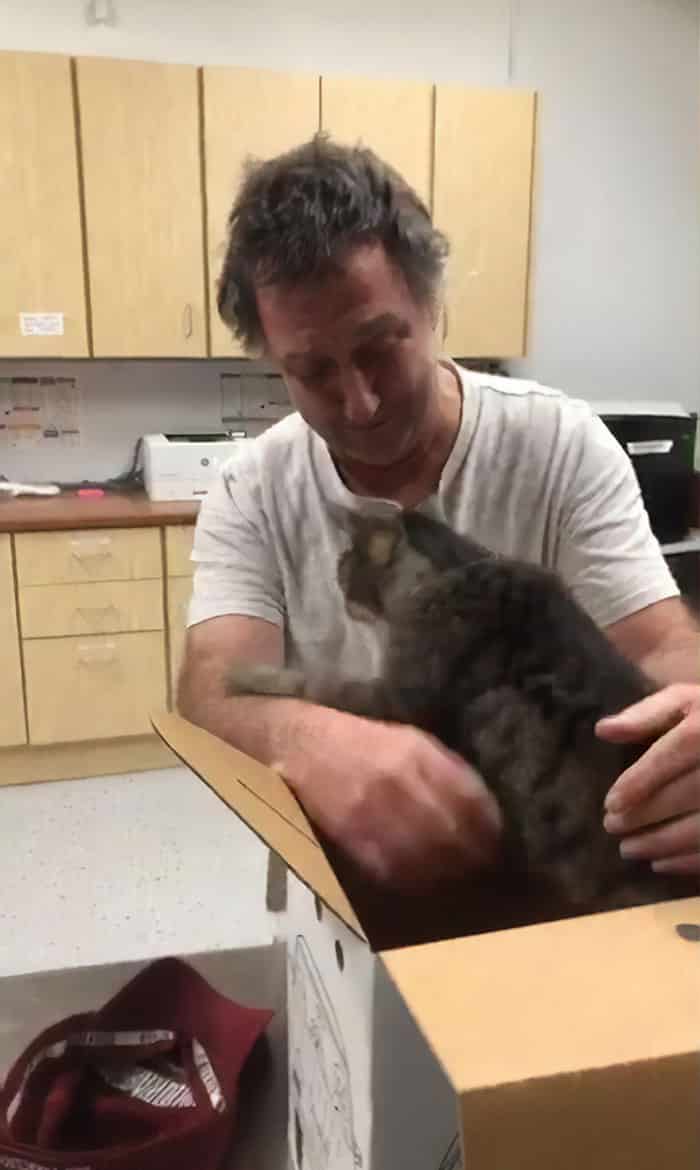 Everything was captured on film and the video was later shared by Ventura County Animal Services on their Facebook page. It didn’t take long before the footage went viral on social media, with many netizens commenting that it made them cry.

It was a reunion that drove everyone to tears! 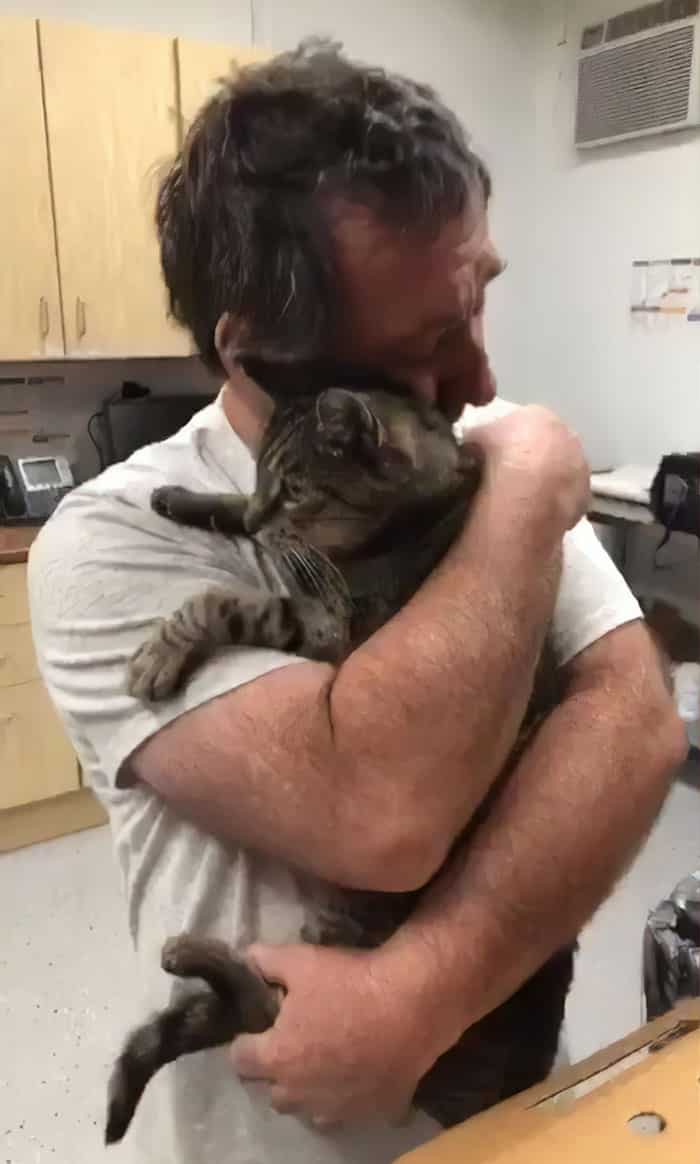 One netizen pointed out that it’s “so amazing that Chebon lived to see this day!”

“Such a beautiful story and happy reunion! So happy for both kitty and his fur dad!”

Well we hope this heartwarming story would somehow remind people about the importance of microchipping their pets. It could really make a big difference!