In Quebec, Canada, on Valentine’s Day 2020, a woman saw a big cat pawing at her window in the snow. 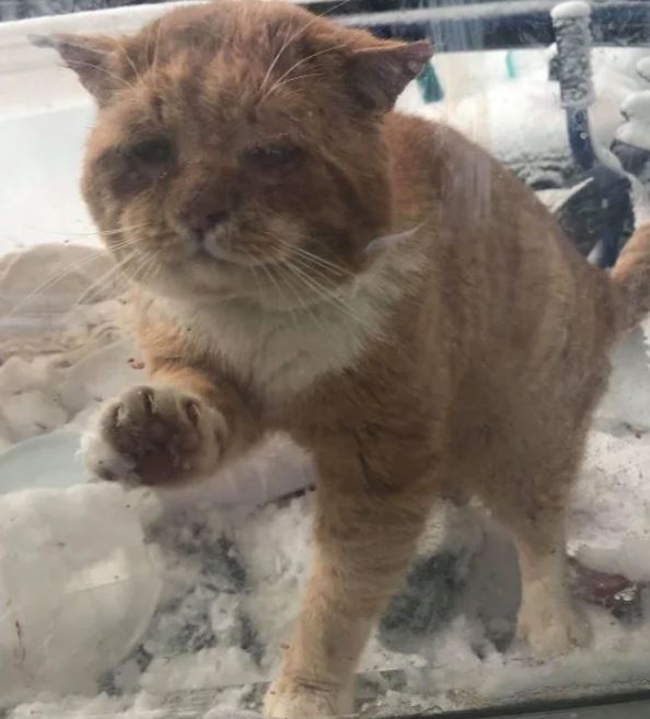 She called her local cat shelter, Un Chat à la Fois, and rescuer Marie Simard set to work to get him back to health. 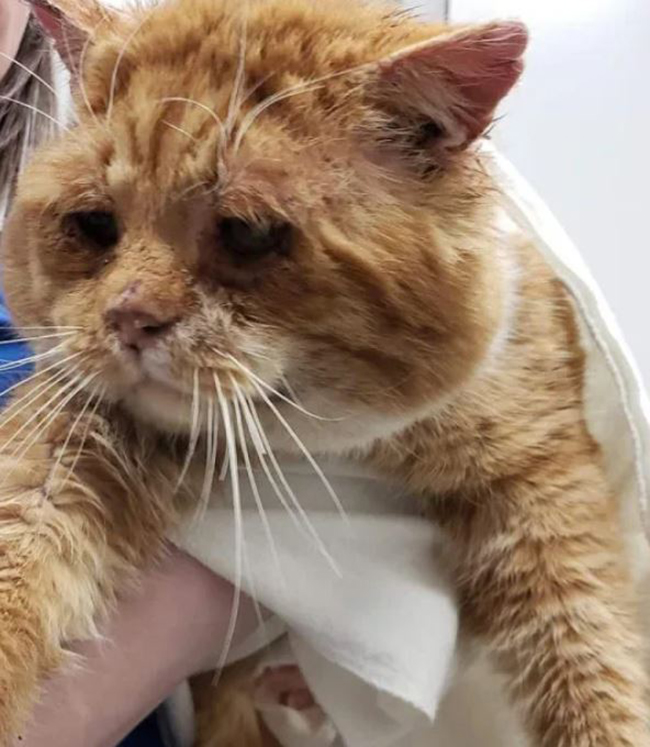 It broke my heart to see him, so I told her to take the cat to the vet and not even 30 minutes later, he was at our partner clinic. He went into the carrier by himself and once he got to the vet, he was very easy-going, he let the vet do the checkup, the blood test and X-rays, the cat was not feral at all. 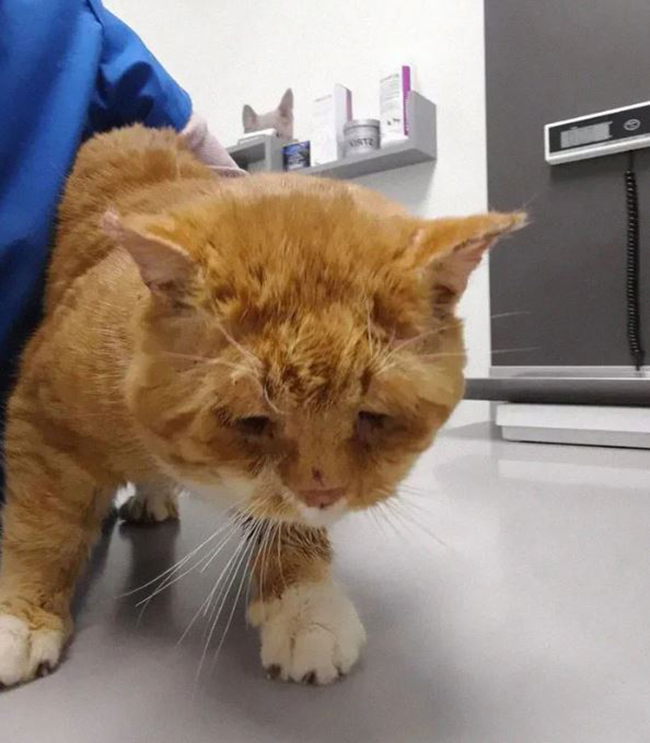 It was initially thought that the cat was lost due to his friendly nature, but he didn’t have a microchip and hadn’t been neutered. 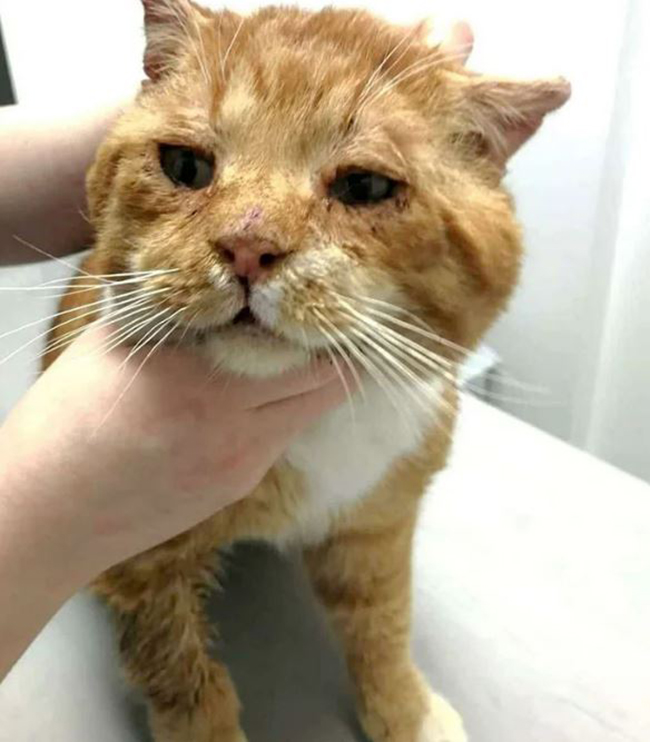 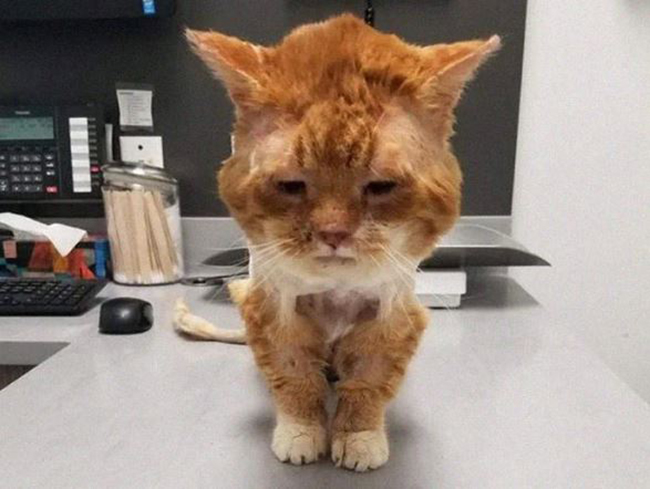 We assumed he was left behind by irresponsible owners. We have many cats left behind by people—people that cannot afford to pay the vet care. We checked everywhere for a missing cat but we found nothing.

They called the abandoned cat Aslan after the lion in the Chronicles of Narnia series, but were worried he might not pull through. 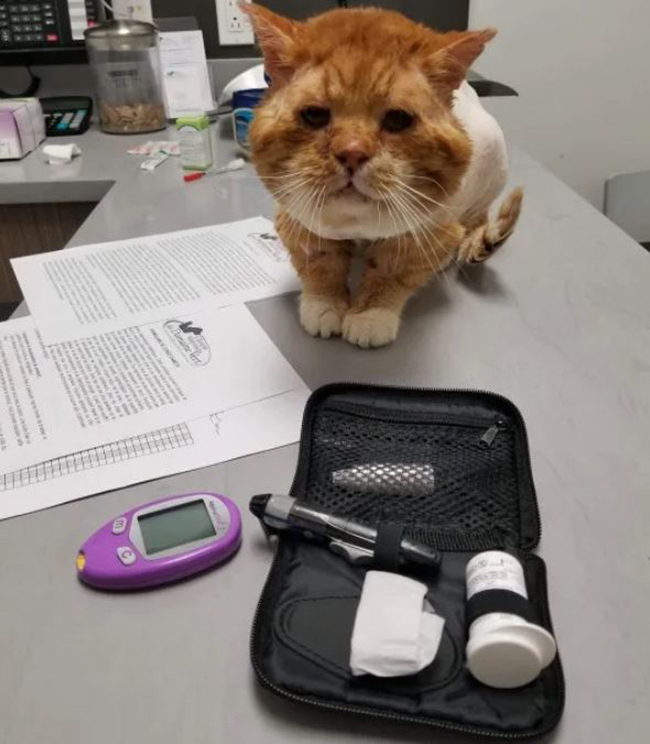 Marie believes that if Aslan hadn’t asked for help when he did he might not have made it through the harsh winter, so was overjoyed when he was able to be looked after in a real home. Marie said:

Aslan has a special diet due to his diabetes, but he likes food! In fact, his mom needs to closely watch her own plates because Aslan would not hesitate to steal her food.

Sometimes, she makes an exception and gives him a treat. ‘Aslan is a very affectionate cat. He forgot his outdoor life, he doesn’t try to go outside. He likes to sleep on her pillow and he likes to cuddle. 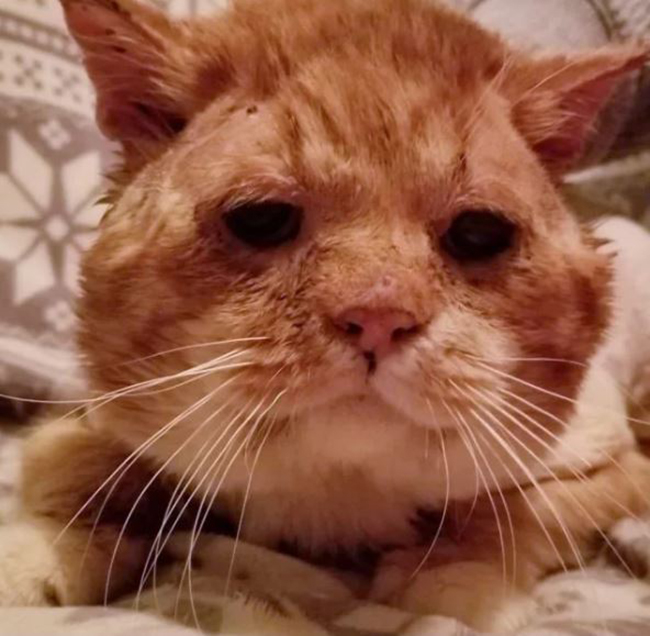 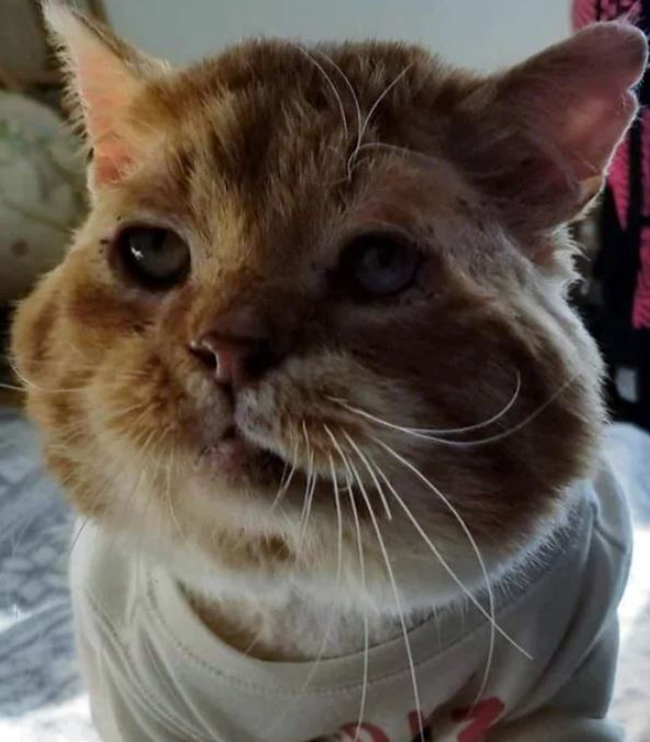 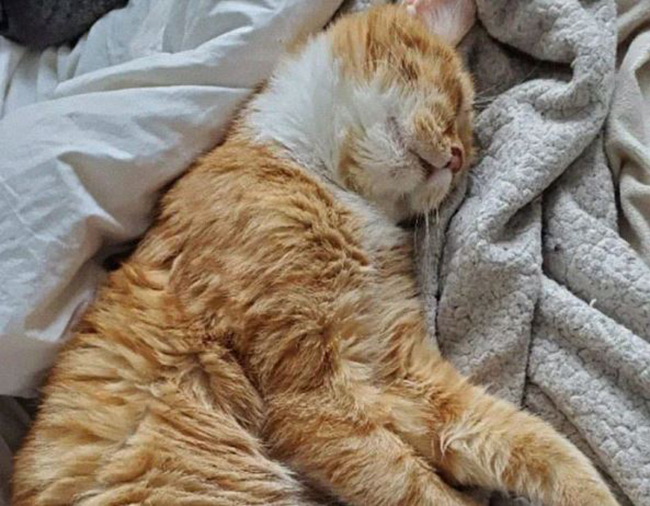