This is George, an adorable ginger Munchkin cat that loves to stand on two legs! 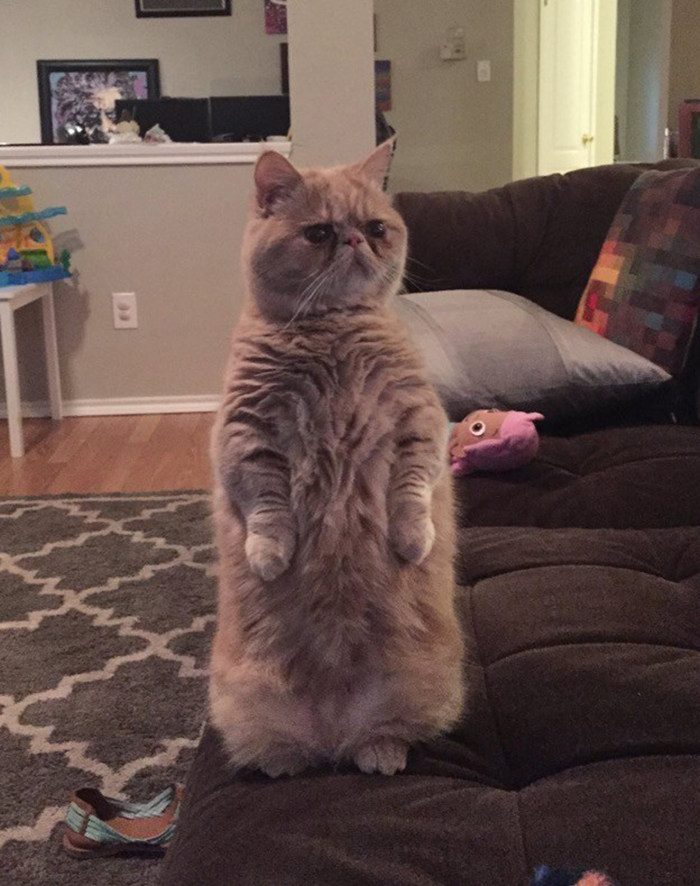 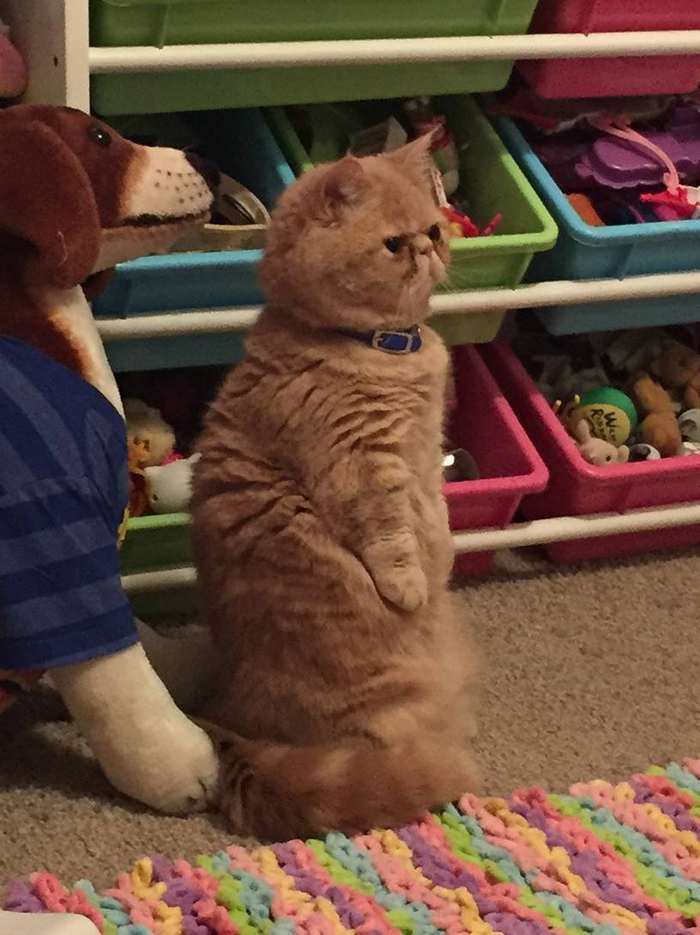 Why he prefers to stand around in this way we shall never know but since his human Egzo posted a few pictures of him on Reddit he has become an overnight sensation clocking up many likes and comments from all over the globe. 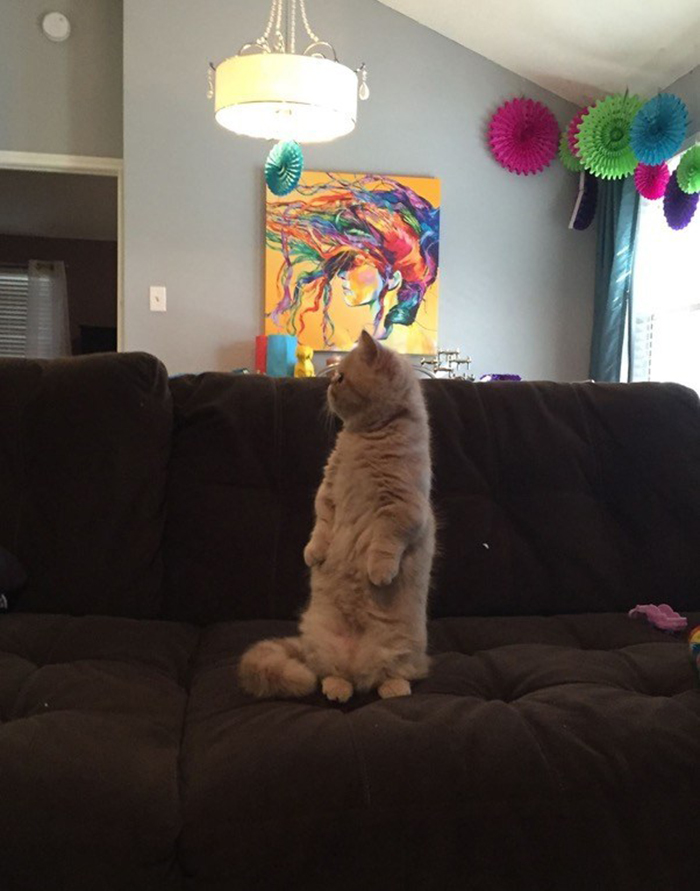 Many people have been comparing his grouchy expression and demeanour to the cartoon cat Garfield and Ezgo replied, “I did walk in on him eating a plate of bow tie pasta that was left on the table. Have yet to introduce him to lasagne although am 100% certain he will like it because.. yeah he’s kind of like Garfield.” (For those of you that don’t know, Garfield’s favourite food is lasagne!) 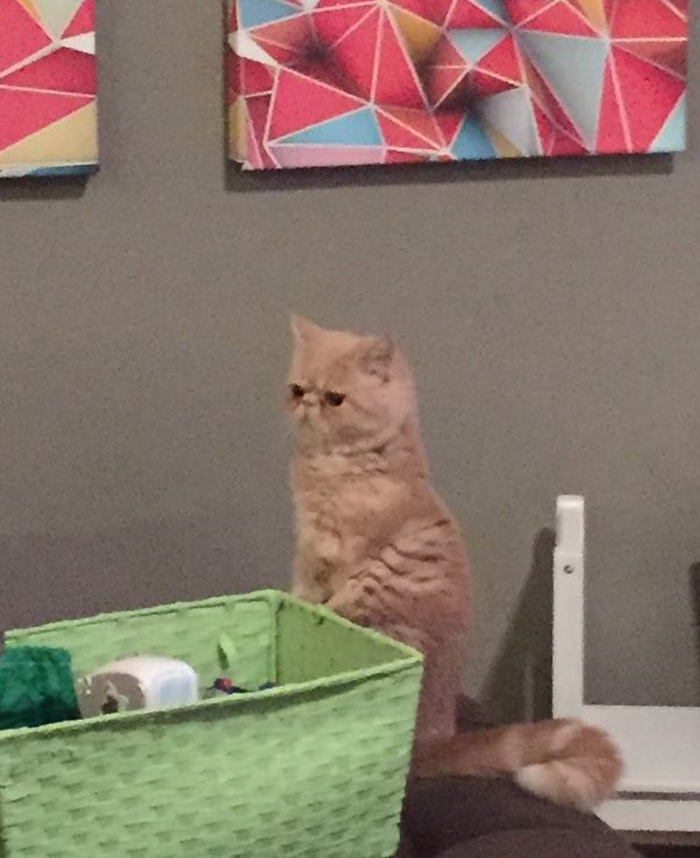 He has become so popular that his human has set up an Instagram account entirely dedicated to him entitled ‘George2Legs’ and at the last count he had over 54,000 followers. 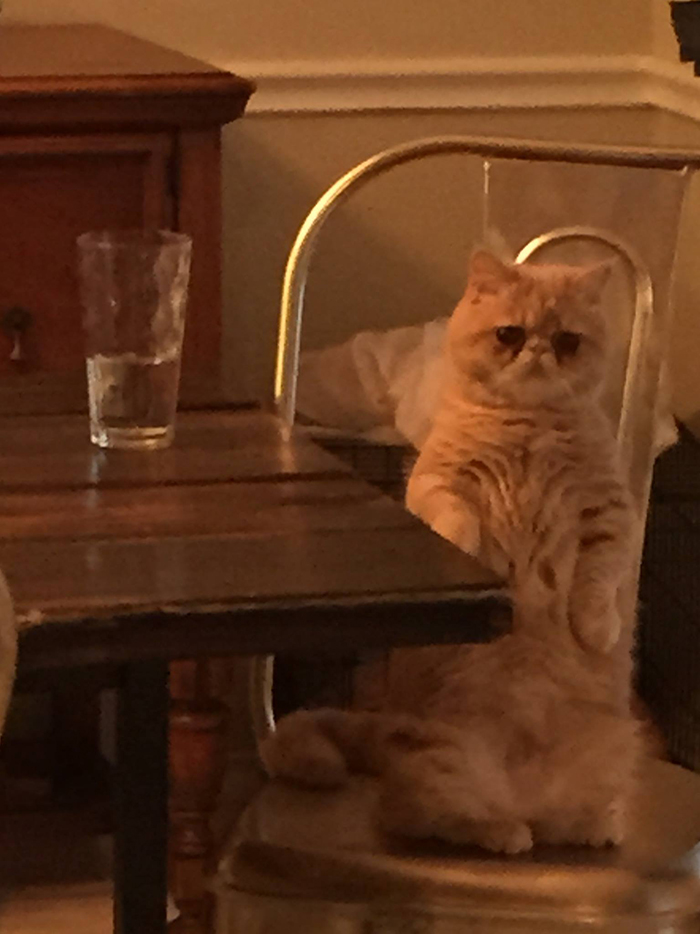 His unusual stance brings to mind a meerkat but as you can see, he is no mere cat! 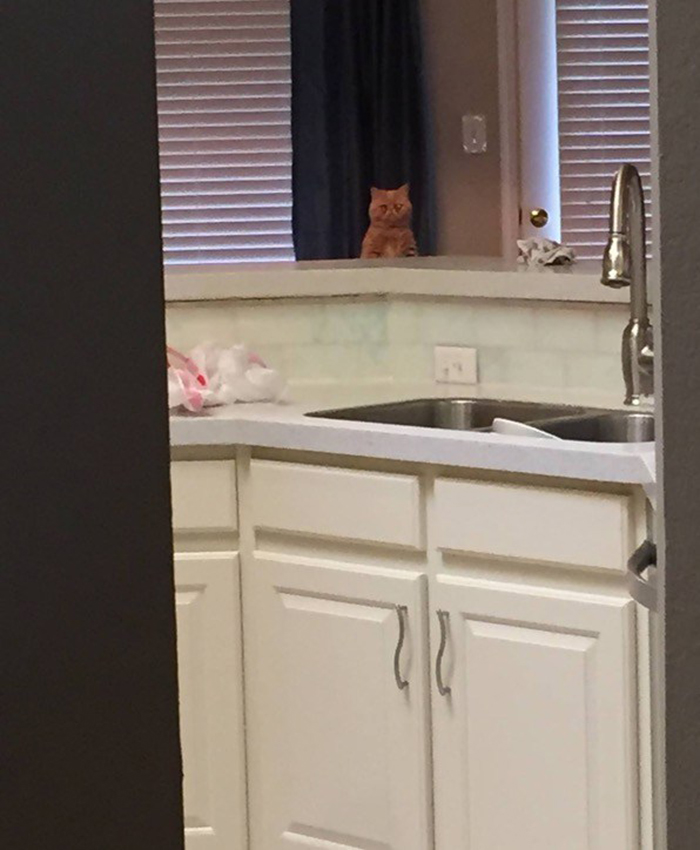