While cats are not the biggest fans of water, the felines of De Poezenboot seem perfectly content with their floating house. De Poezenboot, which translates directly to “The Cat Boat,” is the world’s one and only floating cat sanctuary. Founded back in 1968 by avid cat lover Henriette van Weelde, the Cat Boat in Amsterdam is home to approximately 50 cats, with 14 of them being permanent residents.

“Most cats hate water. But ours learn to love living on it. After all, we have been keeping their feet dry since 1968,” the official website of De Poezenboot reads. While due to the lockdown, the Cat Boat is not open to the public just yet, those looking to adopt a cat can call the sanctuary and arrange a meeting.

This handsome fella is one of the Cat Boat’s residents 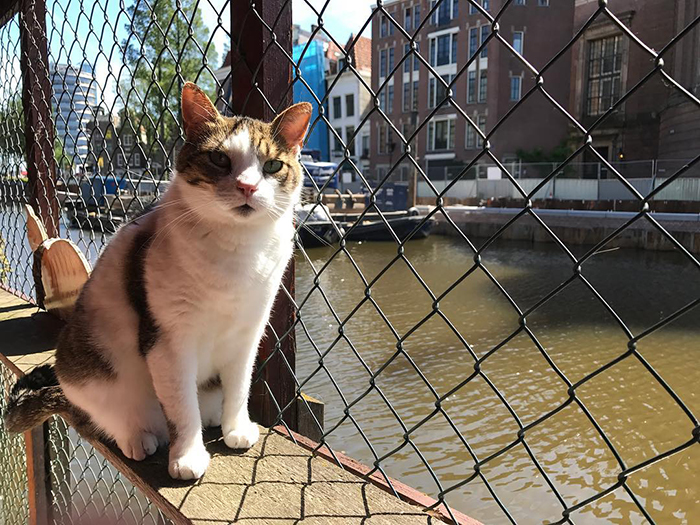 Back in 1966, animal lover Henriette van Weelde found a family of cats sheltering under a tree next to her house. She decided to take them in. Soon enough, another stray feline joined. Then another one. And another… Before she knew it, Henriette became known as “the cat lady.” People started bringing her cats that they could no longer care for, so naturally, her home space became too small for all the furry friends there. That’s how Henriette came up with the idea of a cat boat. As her house was facing a canal, she bought a Dutch sailing barge in 1968 and made its interior feline-friendly.

Located in Amsterdam, this is the first (and only!) floating cat sanctuary in the world 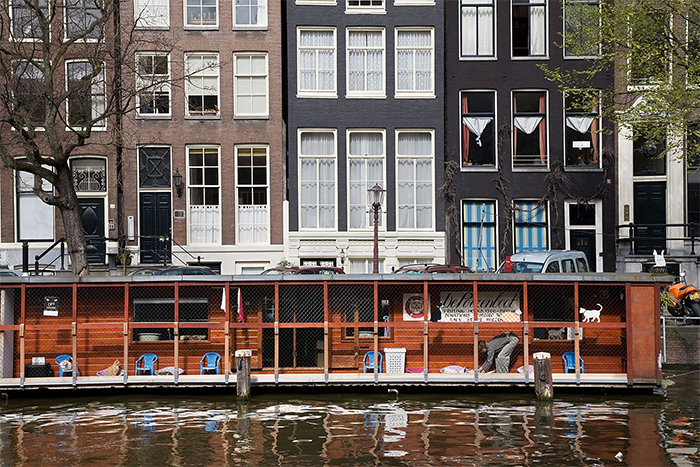 There are about fifty cats living there 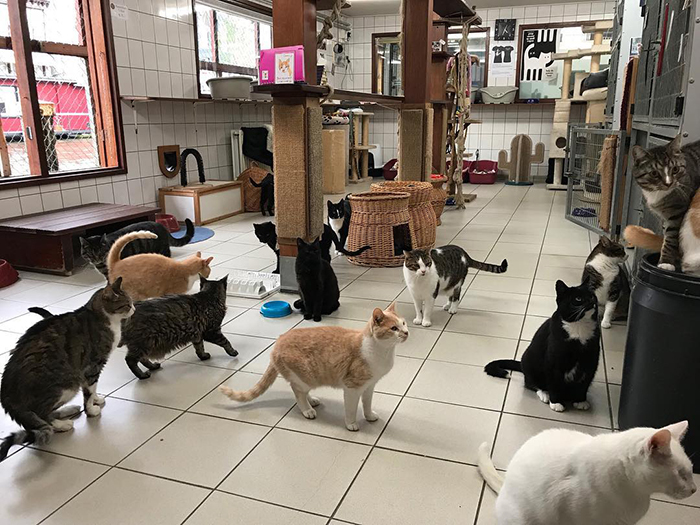 The boat is a refuge for abandoned and stray felines 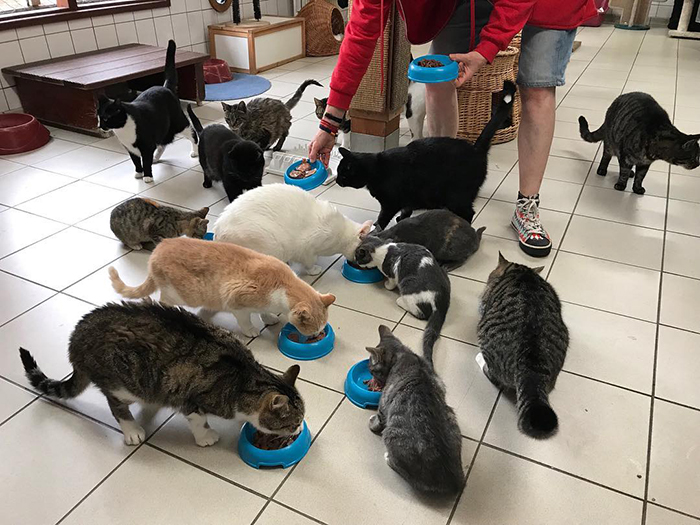 As soon as the first residents of the cat boat started moving in, people started offering their help to care for the cats. However, the original barge Henriette bought was “bursting at the seams after just three years.” So she bought a second one in 1971 and, by this time, people had started visiting the cat boat, too. Not just to drop them off, but to take them to their homes, too. “Nobody back in 1966 could have dreamed that one mother cat and her kittens would begin what was now the world’s most famous cat sanctuary,” the official De Poezenboot website reads.

De Poezenboot was opened back in 1968 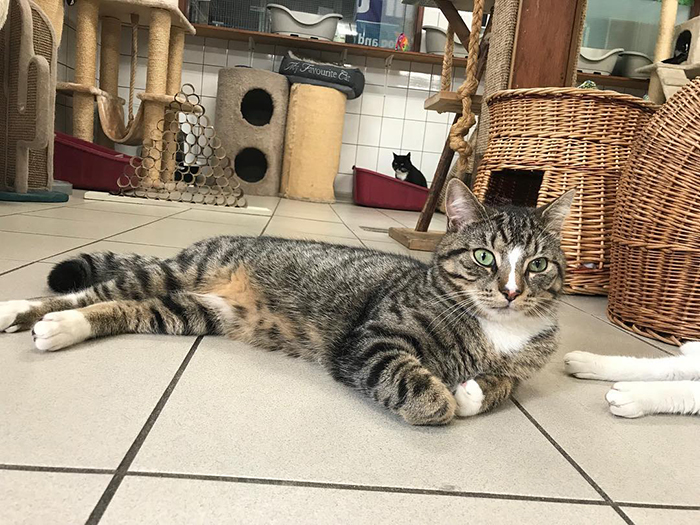 Founded by Henriette van Weelde, at first, it was home to stray, ill, and abandoned kitties 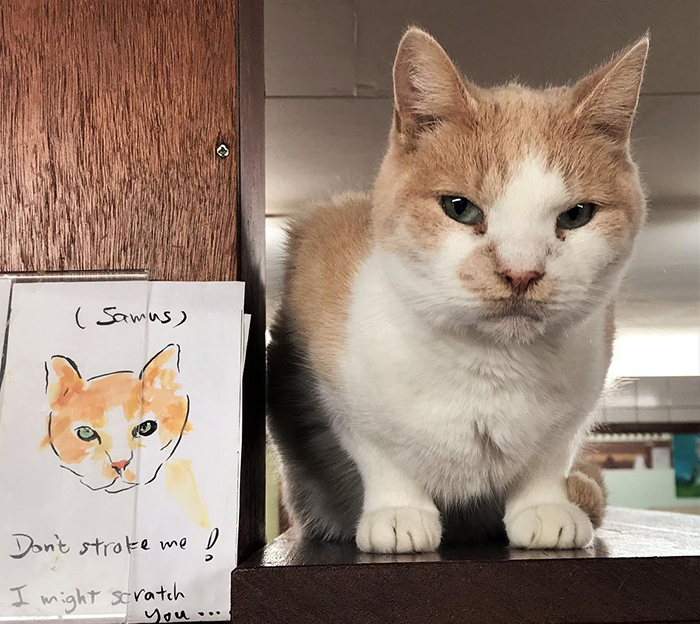 But it soon grew into an official charity 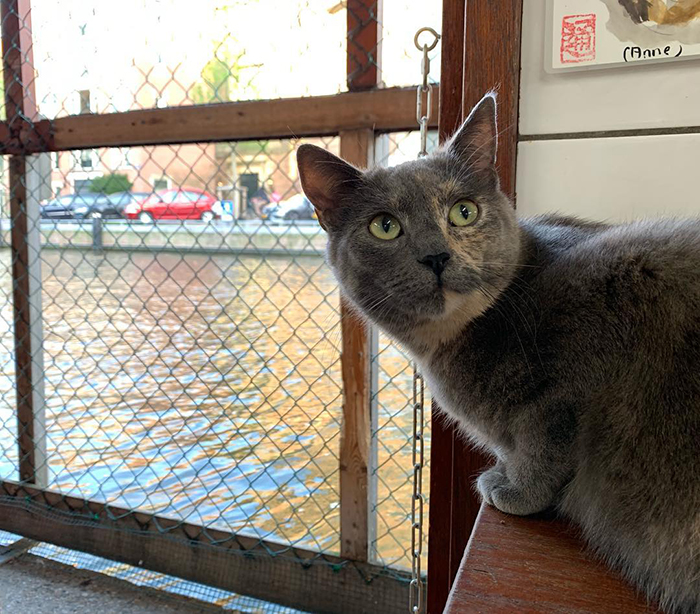 On 3 June 1987, the Cat Boat was registered as an official charity and a Stichting de Poezenboot (“Catboat Foundation”) was established. Sadly, in 2006, one of the cat boats had to be towed away after the official city authorities decided so. “Now we have to work with half the space,” volunteers write on the website. “That is very regrettable but of course we will go on.”

Most of the cuties living there are up for adoption 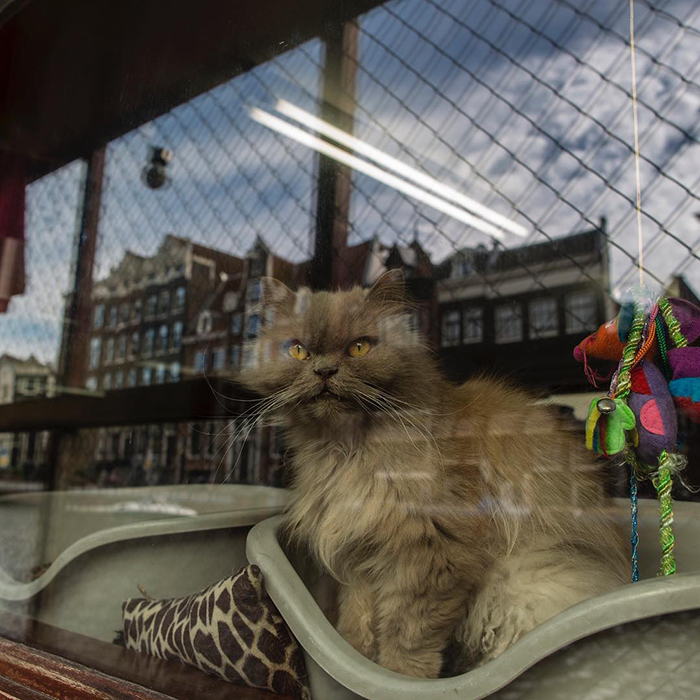 And all of them are cared for by about 25 volunteers 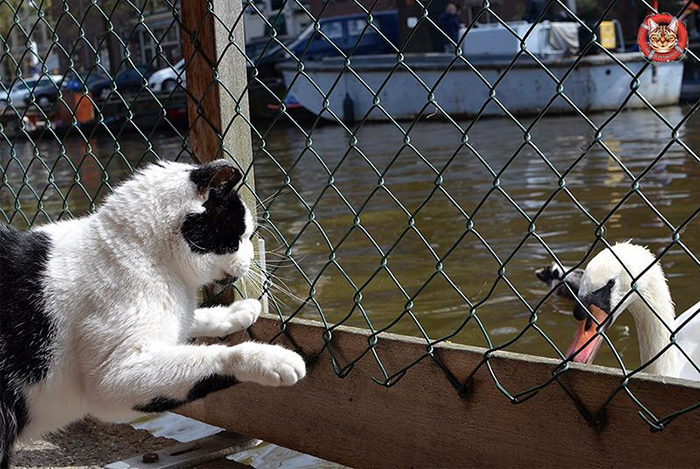 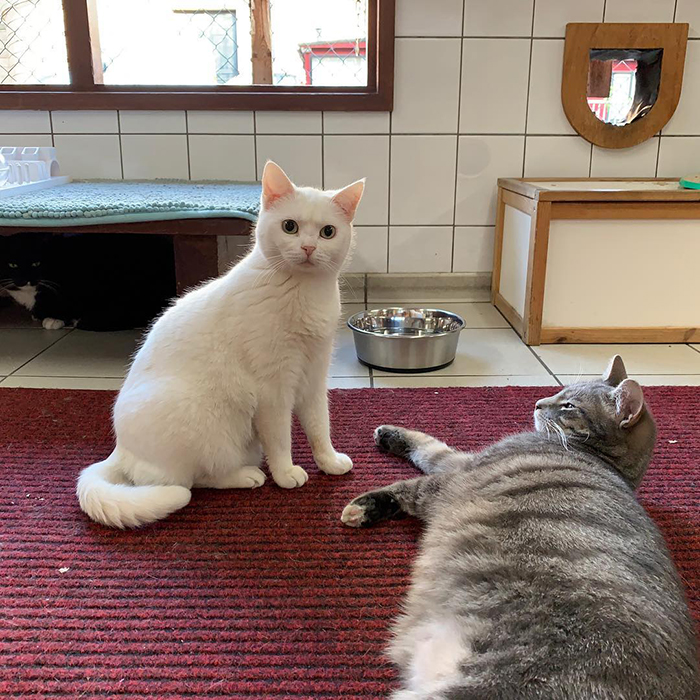 The cat boat is open to visitors, but only for a few hours each day. The main focus of the sanctuary remains the same as it was decades ago: to care for cats and help to find loving homes for them. However, it’s worth mentioning that the adoption process is very rigorous⁠—but it’s done to ensure that the felines will be properly taken care of and loved.

However, due to the coronavirus outbreak, the cat boat won’t be welcoming visitors at least up until 1st June. However, for those looking to adopt a cat from there, the sanctuary encourages making a call to arrange a 1-on-1 meeting with a cat.