The two have been filmed staring outside a window – while cuddling.

Their owner Lisa Plummer of Indiana said she hopes the short clip would inspire people to “slow down and live in the moment.”

Having pets in the home can be a pretty heartwarming experience. They bring us joy and happiness like no other.

This has once again been proven by a cute duo of a puppy and a kitten who went viral on social media because of a short but truly adorable moment captured on film. 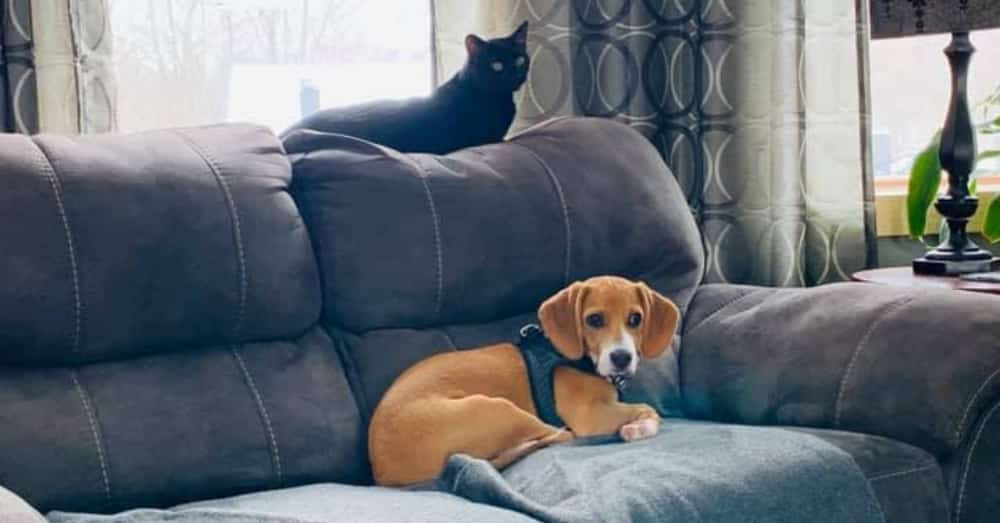 Bo, a 5-month-old beagle, can be seen in the clip climbing up a sofa to join 10-month-old chubby black cat Jasper as they stare out the window to watch birds together. 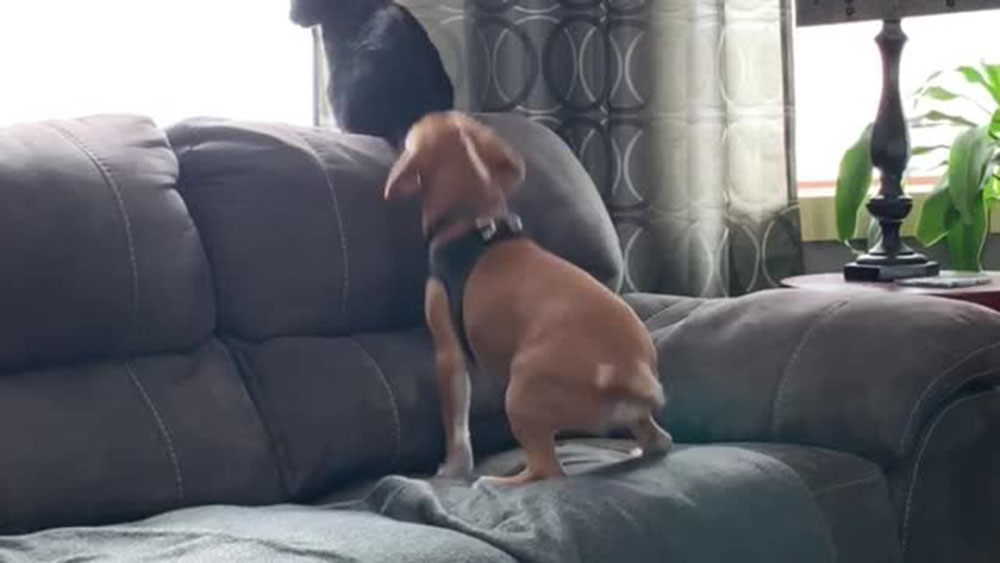 As if that wasn’t charming enough, Bo gave Jasper a sweet cuddle. 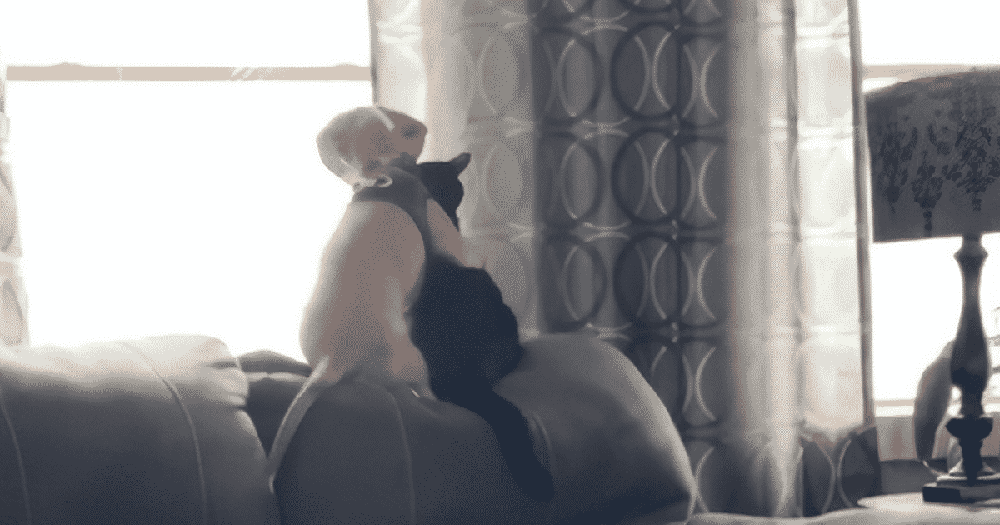 The animals have since attracted a lot of attention from curious netizens who just can’t help but praise the warm affection between the two.

Their human, Lisa Plummer of Indiana, captioned the video this way:

“Bo loves his cat siblings so much – but they literally drive me crazy with their constant chaos. This sweet moment melted my heart and made me want to take back all the bad things I’ve said about them.”

You can watch the viral video here:

Numerous users on Facebook have since shared and reacted on the 19-second footage, with many commenting that it is “the cutest thing” they’ve ever seen.

In a Viral Hog feature, Plummer said she was “super excited” to capture the “beautiful bonding moment” on camera.

The video, according to her, “needs to be shared with the world” to remind people to “slow down, live and love in the moment with who you are with.”