One day a man discovered a kitten that was living in the stairwell of his building. He instantly took the kitten inside but it wasn’t until later that he realised the little kitty was born without eyes.

She was very thin and probably hadn’t eaten for a long time, so the man looked after her and fed her around the clock. 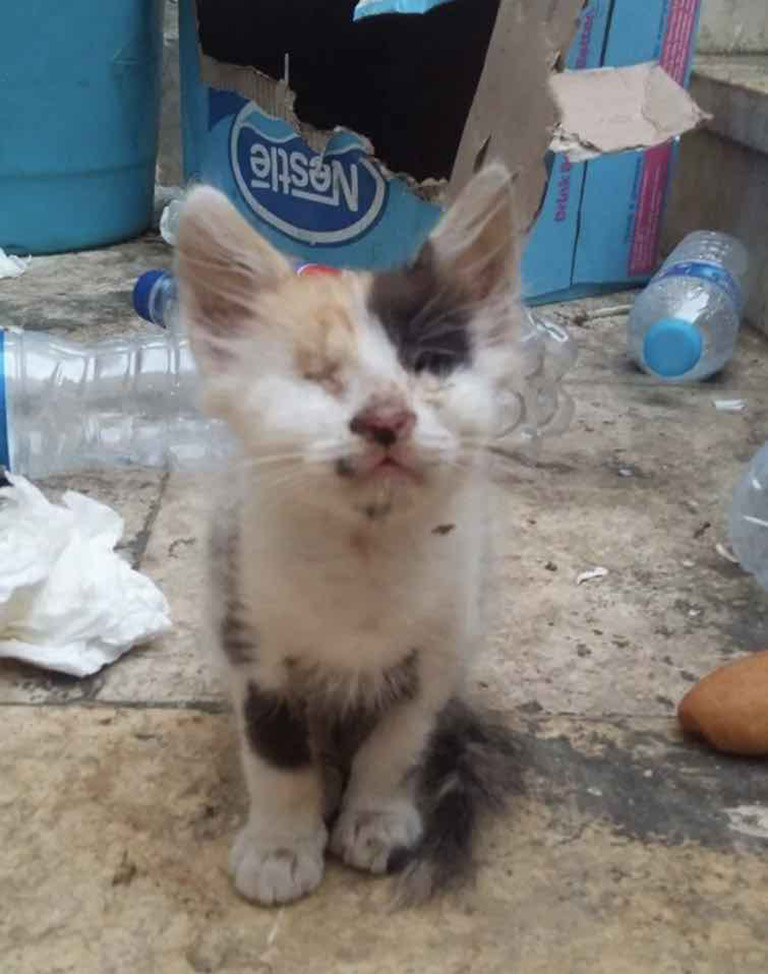 He decided name the kitten Votchy and gave her as much care as he could. But when he left to spend a few days with his family, he was worried sick about her.

“I returned home to find her lying down on my doorstep and she was just skin and bones, looking a lot dirtier than she was before.” He explained. 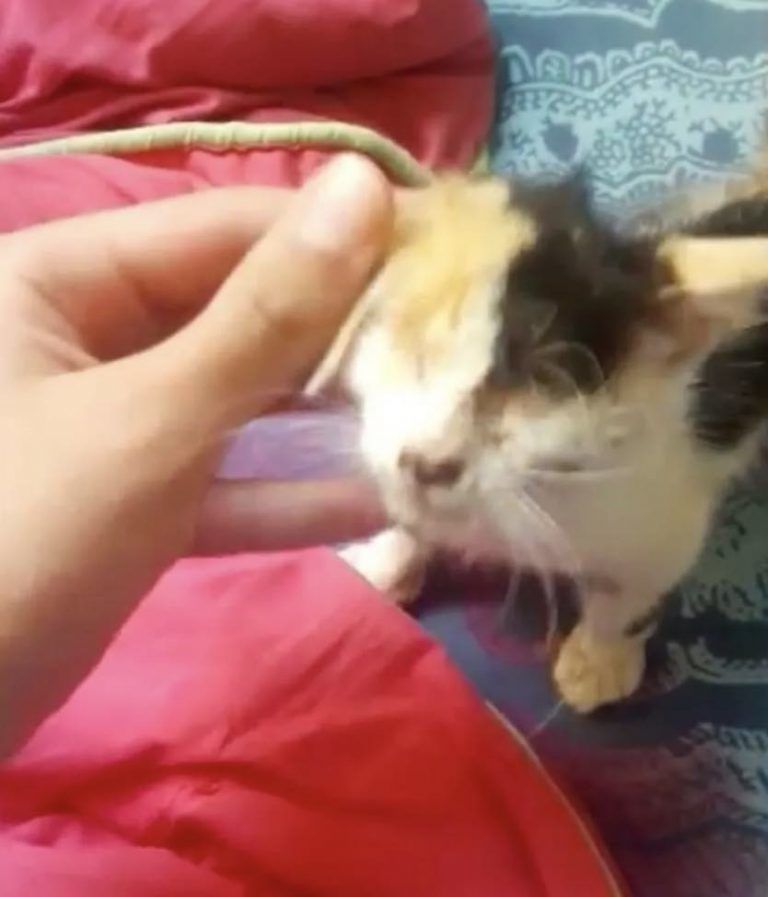 “My family didn’t need any more convincing after seeing that saddening sight, as I had been telling them how a blind stray cat wouldn’t be able to survive on her own and how we needed to take her in.”

Of course his family agreed. 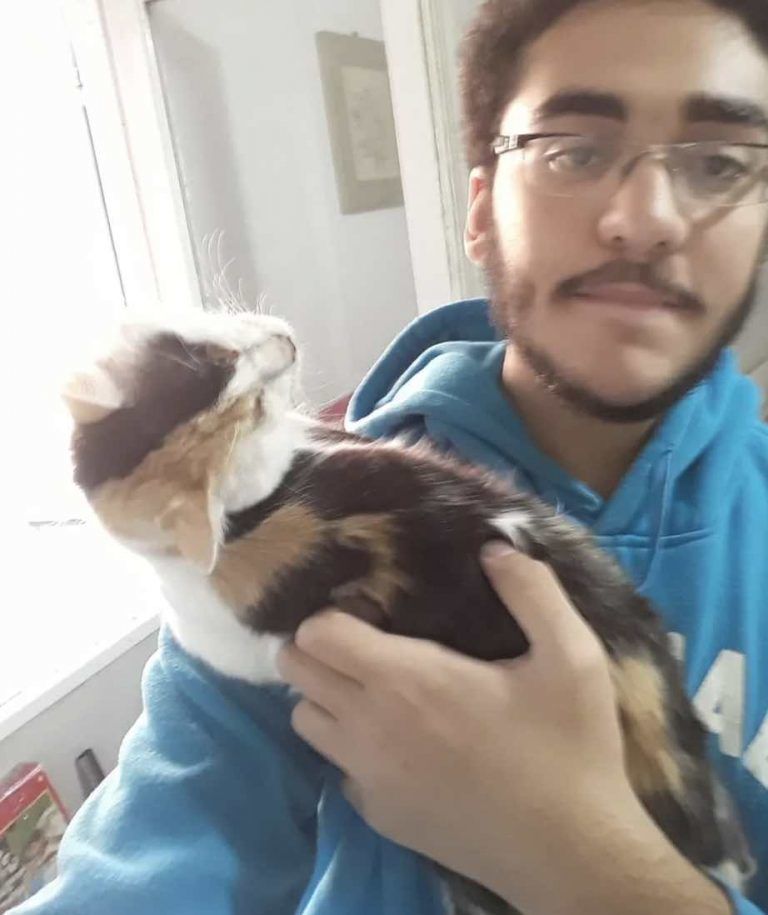 Once little Votchy had regained her strength, she started to explore her new surroundings by sniffing around every nook and cranny, navigating with her other senses.

They soon realised that she was also deaf, because she never seemed to respond when they called her name. But this brave little kitty had recovered well from her bad start in life and was so happy to be part of a loving home. 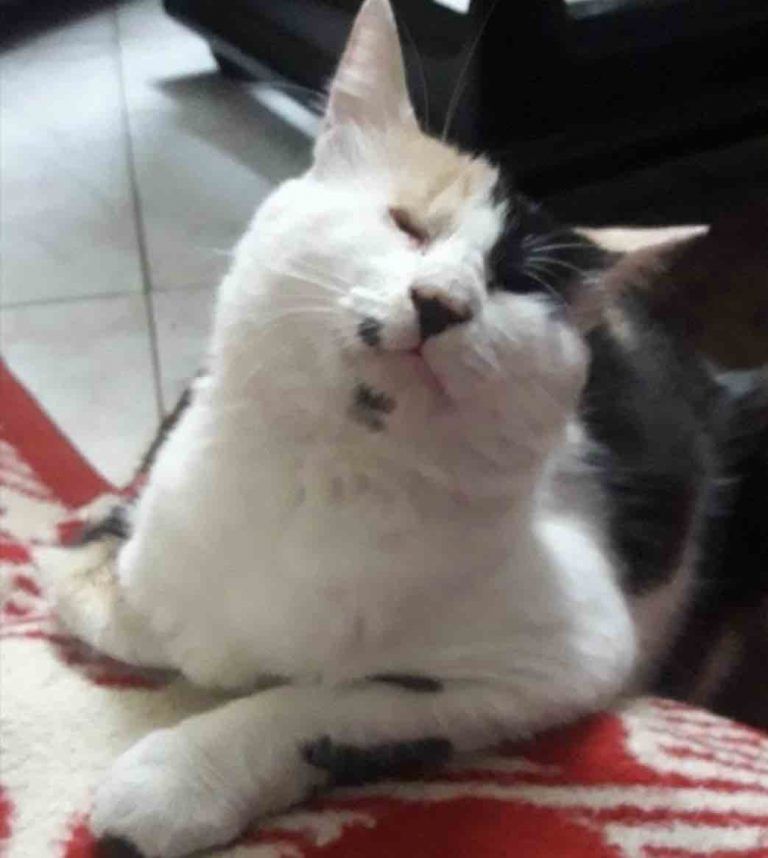 Watch the video to see little Votchy in action: