Not all cats are created equal. Some are cute and playful, while others are lazy and bossy.

However weird and disastrous the things they do might be, they are still so incredibly and endearingly adorable in trying to fix it. Just take this one cat, for example. It broke its owner’s earphone cable, so it tried to fix the problem by replacing the electroacoustic transducers’ wire with a snake. 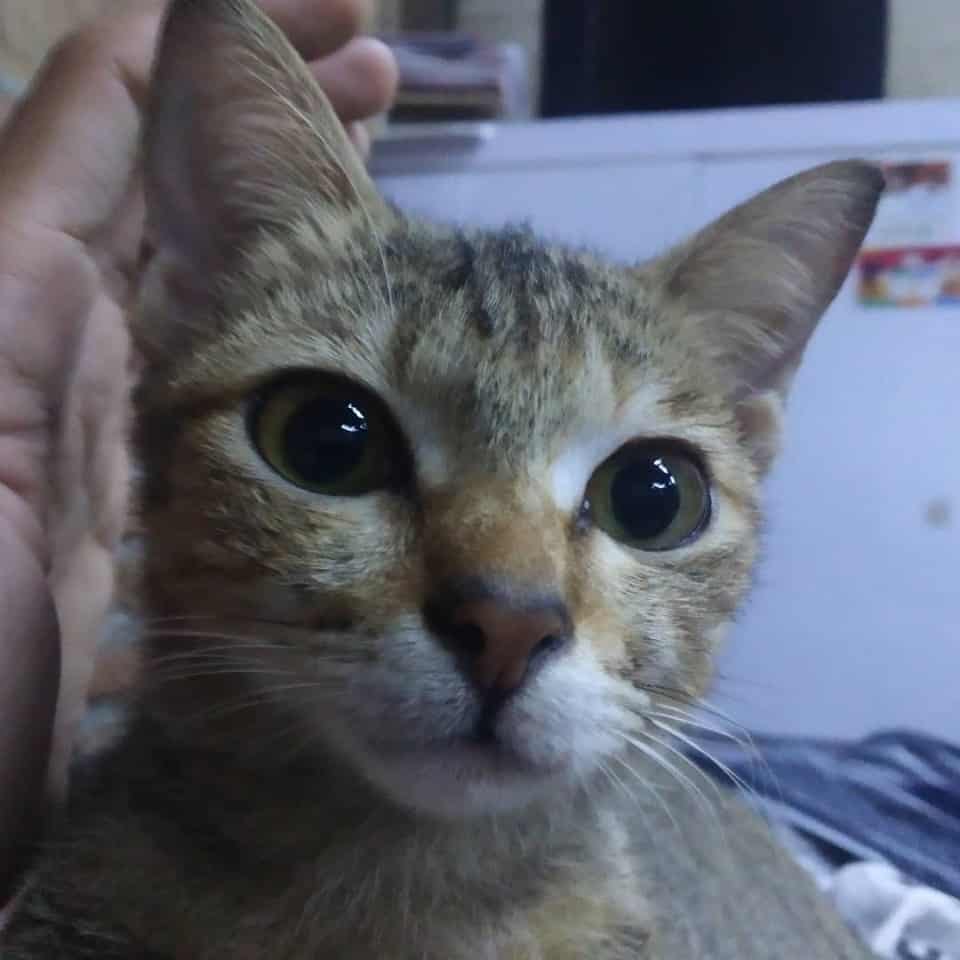 Anyone who has ever had a kitten has probably had something destroyed. Kittens are feisty and well-equipped with razor-sharp claws, which are combined perfectly with an affinity for biting.

Haryanto Pherwirra Ramadhani experienced one such catastrophe with his cat. He shared his bizarre yet funny experience on Kami Pecinta Kucing, an Indonesian Facebook page for cat lovers.

“Earlier today, the cat was playing with my earphones on my bed when it accidentally bit it into two pieces. I scolded the cat and it left the house after that. When it came home one hour later, the cat brought a gift for me.” 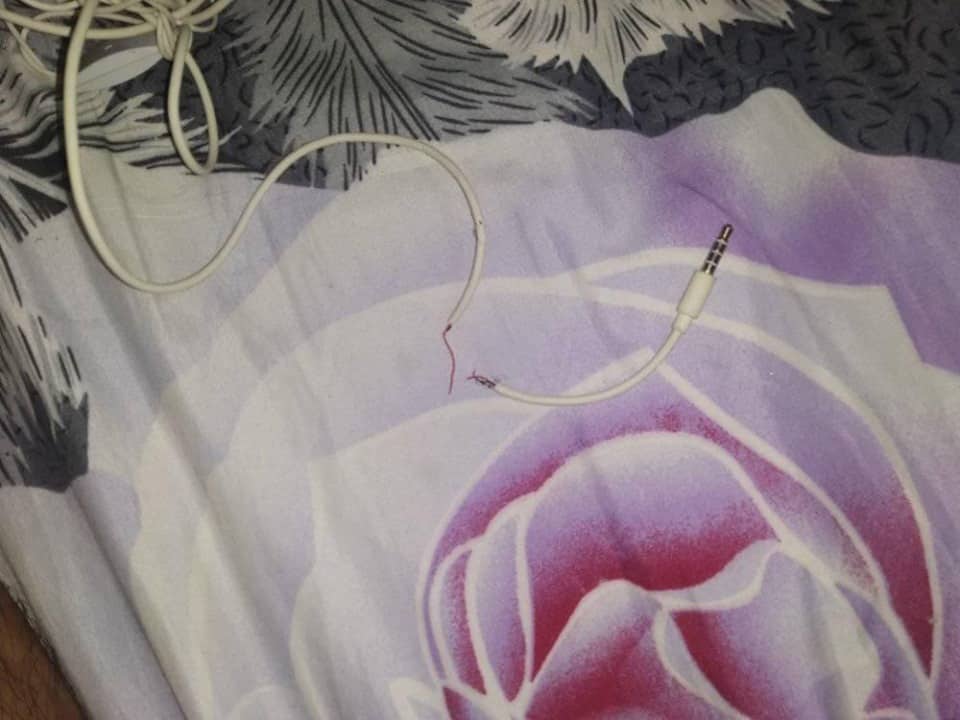 Although Haryanto did not say it was a snake, the photo clearly proved that the clever feline hunted one and brought back to its owner as a replacement.

Considering that the snake was thin and long, much like the now destroyed earpiece, the cat was most likely thinking that by catching a snake and bringing it back for Haryanto, it would be able to replace his earpiece. 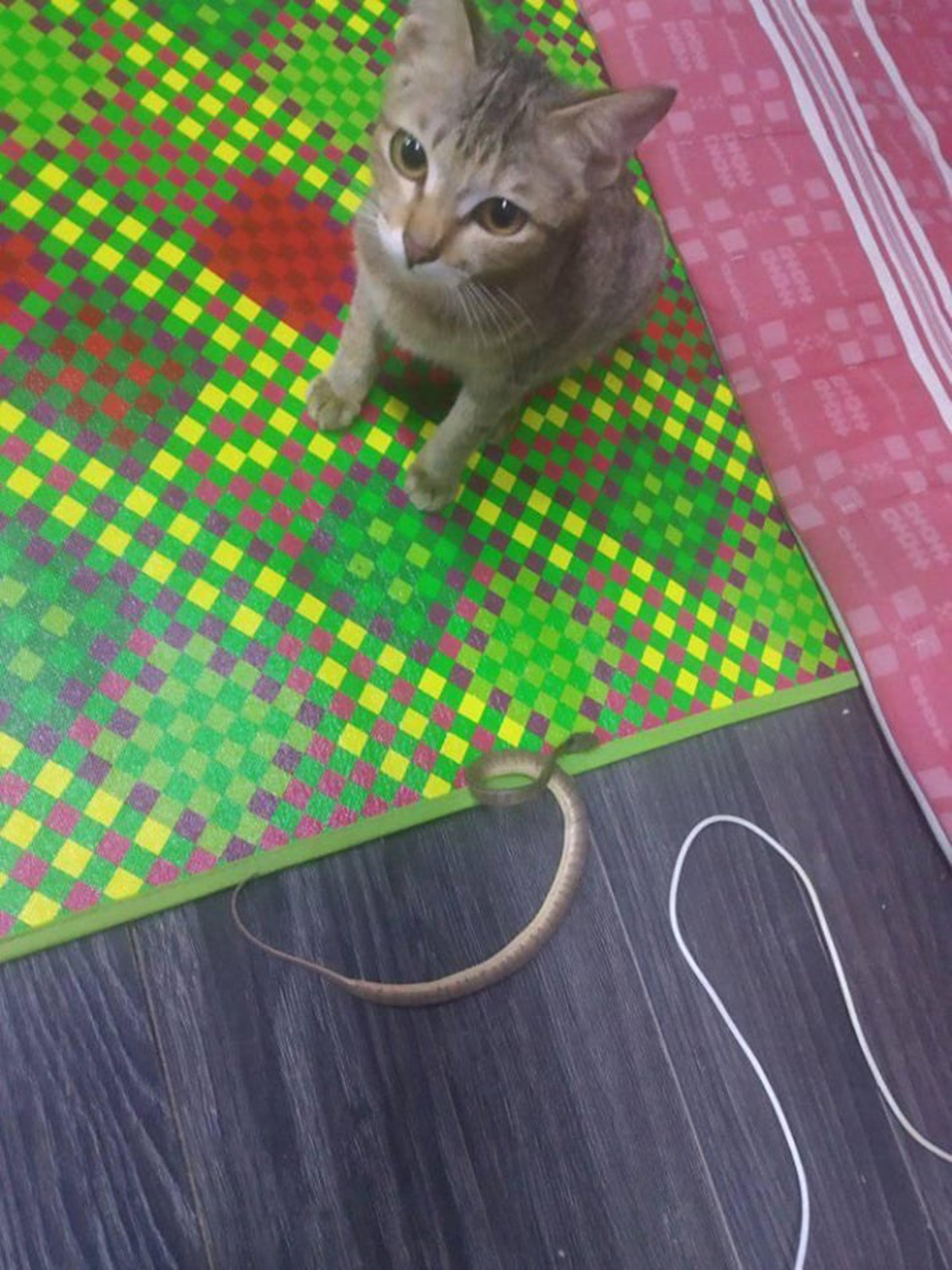 As the story began to make rounds on the Internet, people were delighted and amused, to say the least.

Many praised the cat for trying to make up for its mistake to its owner. Also, a lot of people laughed at its very apologetic expression.

Of course, Haryanto laughed and can’t stay mad at the cat. It is safe to say that it was fully forgiven.